William and Kate arrive in Pakistan for five-day royal tour 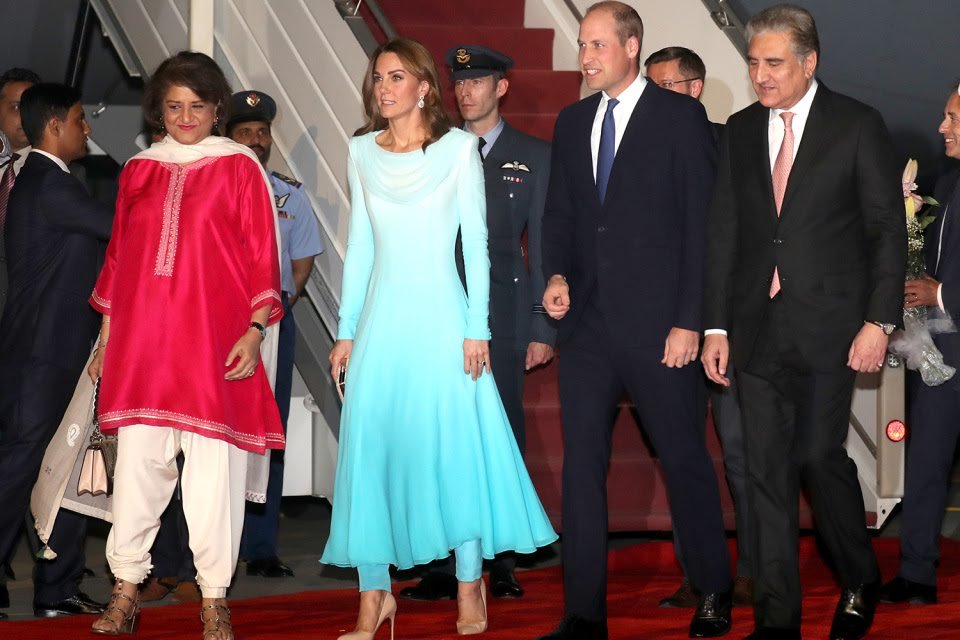 Islamabad — The Duke and Duchess of Cambridge landed at Rawalpindi’s Nur Khan Airbase to begin their royal tour of Pakistan. William and Kate were met by Pakistan foreign minister Shah Mehmood Qureshi and his wife as they disembarked from their RAF Voyager aircraft, local media reported.

A statement from Kensington Palace, ahead of the visit, said the couple “will get the chance to meet a range of people from Pakistan, including charity members, community leaders and young children.” The palace also said it will be “the most complex tour undertaken by The Duke and Duchess to date, given the logistical and security considerations.”

While their schedules are usually outlined beforehand, tight security around the tour means that William and Kate’s itinerary will be released day by day instead.