Every dog has its day in Nepal; with crow, cow, oxen and self prayer, Festival of Light begins – South Asia Time

Every dog has its day in Nepal; with crow, cow, oxen and self prayer, Festival of Light begins

London — “Kukur Puja” or worshipping dogs is part of the five days of the Tihar or Deepawali festival in Nepal. 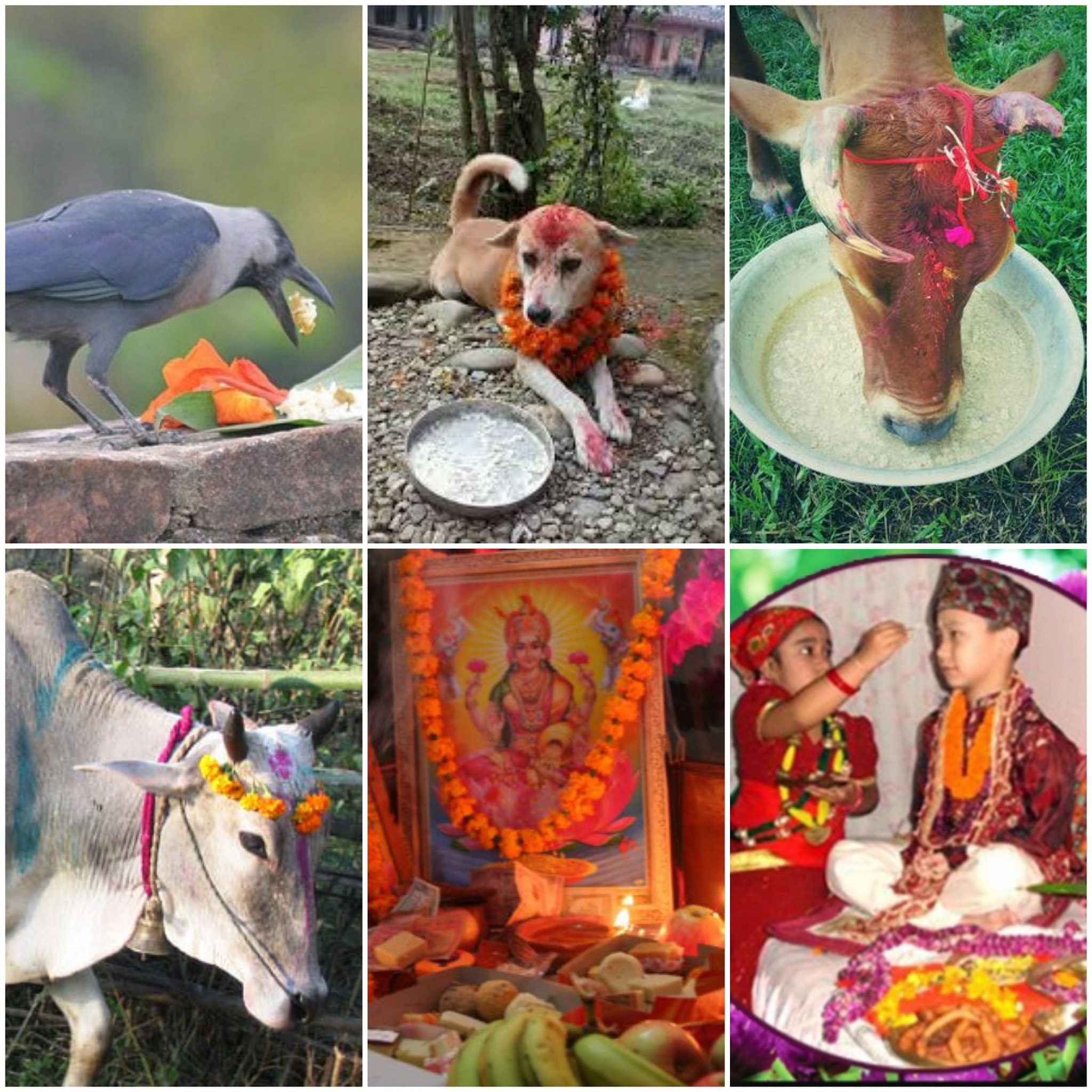 Dog owners put red tika, made from rice, on the dogs’ foreheads and garlands around their necks; owners also feed them before they have their own food. Families without dogs have to settle with canines belonging to their relatives, neighbours or even local stray dogs.

At the festival, the strays and pets are treated well with garlands in order to show them respect. The dogs are also adorned with red tika or tilak, with kumkum or gulaal along with rice and yogurt, very similar to any tilak ritual in Hindu tradition. After the puja, the dogs are given special treats and a lot of food to eat, which includes milk, eggs, meat, high-quality dog food or anything that one likes.

Here’s why dogs are worshipped on this day:

As per the Hindu mythology, Bhairava, an avatar of Lord Shiva, has a dog as his vahana (vehicle) known as Shvan. Yamraj or the God of Death also has two watchdogs, who guards the gates of Narak (hell). Owing to this belief, the festival is observed on this day that is also known as Naraka Chaturdashi or Bhoot Chaturdashi.

It is also believed that dogs can sense danger especially death and are worshipped on this day.

Another reason associated with it is that dogs also have special mention in Mahabharta. At the end of the epic, when the Pandavas started their final voyage, a dog followed them on their journey towards the Swarga. While in the journey, Yudhishtir lost all his brothers and wife, however, the dog continued with him till the gates of heaven. In the religious text, it is said that he refused to enter heaven without the dog. It is believed that it was Yama himself who disguised as a dog and followed him throughout the journey.

The five-day  festival that begins today, known as Tihar honors Yama, the God of Death, meanwhile the worship of Laxmi, the Goddess of Wealth dominates the festivities.

On the first day Kaag Tihar, is the day of the crow, the informant of Yama is worshipped. The second day Kukur Tihar is for worshipping the dogs as the agents of Yama. On the third day is Gai Tihar and Laxmi  Puja. On this day cow is offered prayers and food in the morning, and Goddess Laxmi is offered elaborate prayers and puja in the evening.

The fourth day is for the draught animal, oxen,when members of the Newar community perform Mha Puja dedicated to oneself. The fifth day is Bhai Tika  when sisters put tika on their brothers’ foreheads and give blessings. This festival is noted for lighting up homes with candles, oil-wick lamps and electric lights.

Houses all over the country are lit up with extra lights and decorated with garlands. A great view can be had of the brightly lit-up Kathmandu city from the Swoyambhunath Stupa. The celebrations begin with the adoration of crows and dogs. Dishes of rice, incense and light are set out for the dark messenger, while dogs are worshipped and offered goodies.