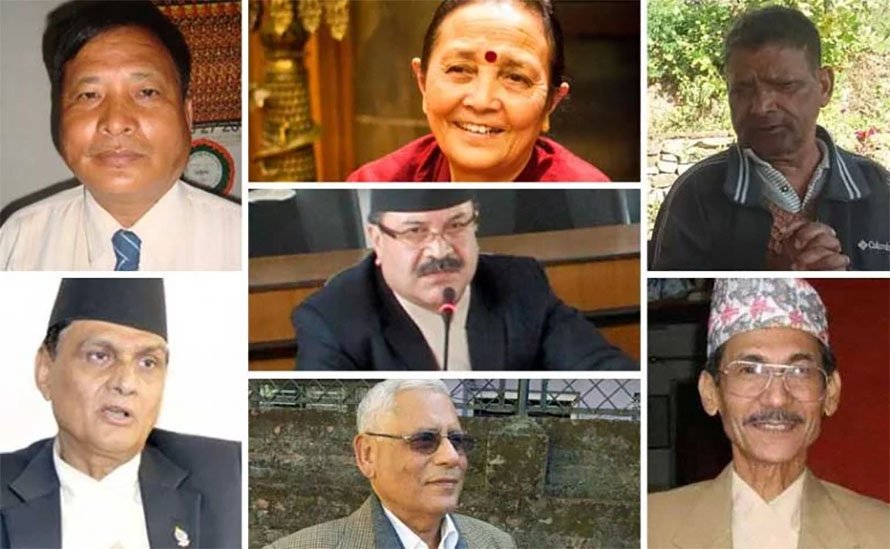 PTI, Kathmandu: Nepal President Bidya Devi Bhandari has sacked the governors of all seven provinces at the recommendation of the government, his office said on Sunday.

The President relieved the governors from their posts in accordance with the constitutional provisions at the recommendation of the Council of Ministers, the President’s office said in a statement.

A cabinet meeting held earlier on Sunday had recommended the president to relieve the governors from their posts.

The province chiefs were appointed two years ago by then Sher Bahadur Deuba government. 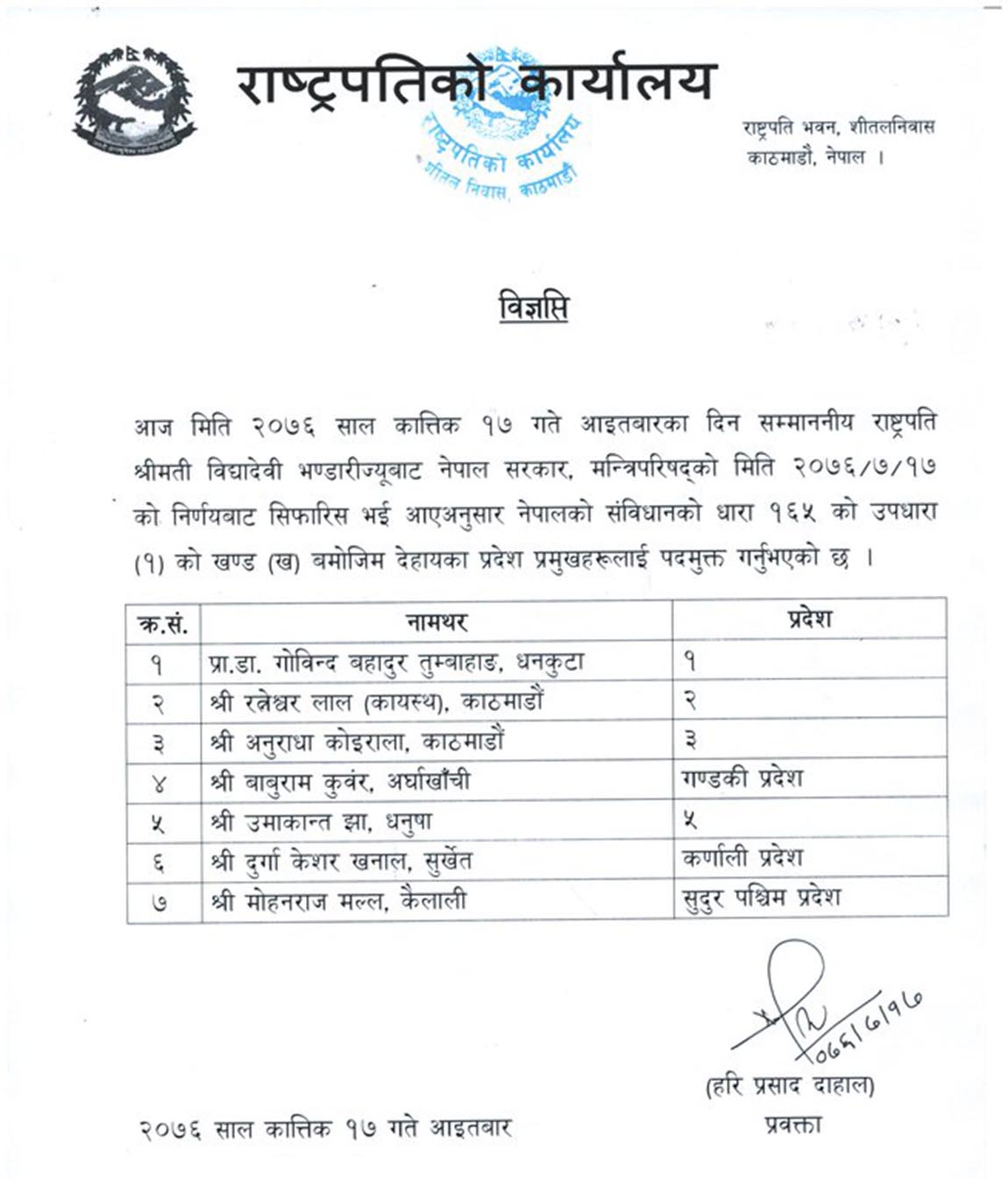