British Actress Lumley, billionaire Hinduja and Baroness Verma to be appointed as goodwill ambassadors of the Visit Nepal Year

RSS, London — Minister of Culture, Tourism and Civil Aviation Yogesh Kumar Bhattarai has already reached the UK in this connection and he will make announcement about the Visit Year from the British House of Lords (Upper House) on November 7, the Visit Nepal Year Secretariat stated.

Officials from the Secretariat and Nepal Tourism Board are accompanying the tourism minister.

A special programme for promotion of Visit Nepal Year is scheduled to take place at the British Upper House on November 7 on the occasion of annual World Travel Market.

On the occasion, those British nationals with their contribution to the development and promotion of Nepal’s tourism will be honoured with the ‘The Himalayan Travel Award-2019’ and it will be the major attraction of the event. 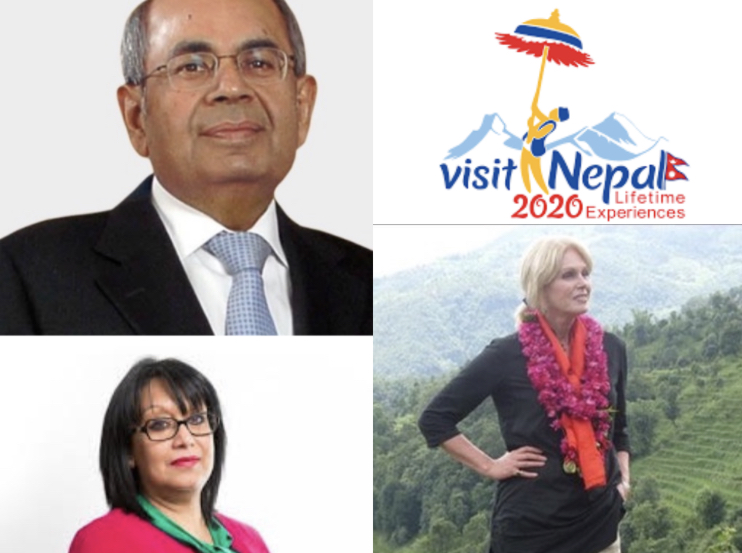 British tour operators that have been sending highest number of tourists to Nepal for a long time will be awarded by Minister Bhattarai on the occasion.

Likewise, certificate of appreciation will be distributed to those contributing to tourism promotion of Nepal such as Steve Berry (Mountain Kingdom), Michael Wate (Aviara Travel) and Roberts Goodwin among others.

Nepal is back in the body of  iconic red buses of London.
Tourism board of Nepal has started bus
The second phase of Nepal’s promotion through bus branding in the popular route master starts from today 4th November for the period of 3 weeks, Shraddha Shrestha ,  social media and marketing manager of NTB said.
The promotion is duly coincided with World Travel Mart 2019 (WTM) which also started yesterday. WTM is one of the biggest international travel fair in the world.
Most of the countries do various promotions during this event. This is Nepal Tourism Board’s first time with Routemaster during WTM. Hope this effort helps in the promotion of #VisitNepal2020 and create a substantial mass visibility among the Londoners as well as all international travel enthusiasts in London, Shrestha said.
Post Views: 953