Learning to farm with droughts and deluges – South Asia Time

Learning to farm with droughts and deluges 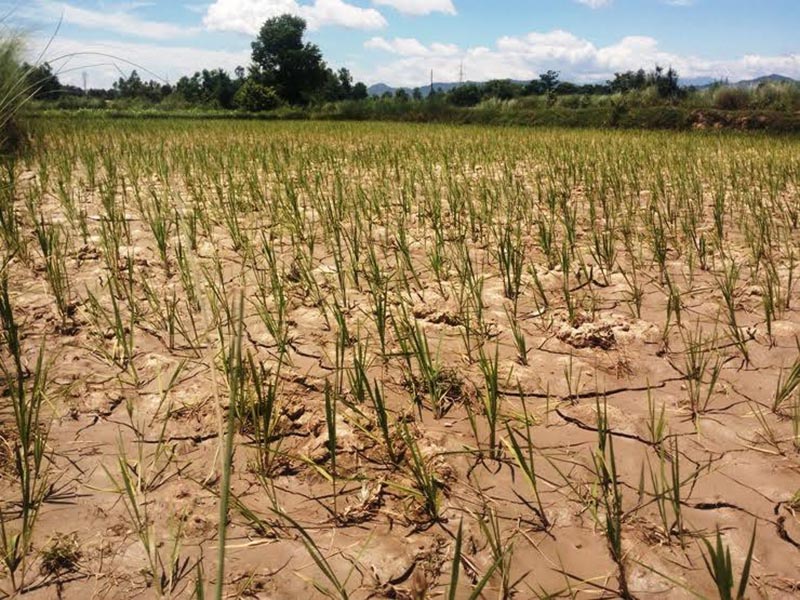 In Nepal, where the monsoon season is leading to droughts and yet pelting rains ravage farmland, MCC’s partners are helping farmers to learn techniques for coping with the effects of climate change and to promote farming methods that reduce carbon emissions.

The weather patterns in Nepal used to be regular about 15 to 20 years ago, says Durga Sunchiuri, who grew up helping his parents to farm their land in the mountainous terraces of Nepal’s Terhathum District. Not anymore.

Today, he says, the monsoon season lasts just a month or five weeks instead of three to four months, as it once did. The rest of the year, droughts stretch on and on. Then, all of a sudden, pelting rains will ravage the farmland, destroying property and harvests.

Around the world, many farmers are telling a similar story. According to a new United Nations’ report issued in August, regions including the Mediterranean and much of South America, Africa and Asia are experiencing more and longer droughts, even as heavy storms grow more intense worldwide.

The world’s 2 billion people who rely on subsistence farming and small agriculture bear the brunt of the crisis. In Nepal, the absence of steady rainfall endangers life’s most basic necessity: water. When water is scarce and rainfall is unreliable, farmers’ ability to grow food and make a living are put at risk.

“When we go to the rural areas with the farmers, they are very worried about their farms,” said Sunchiuri, who is a Mennonite Central Committee (MCC) program coordinator in Nepal “In many places, they think that our future ‒ our children and grandchildren ‒ could not continue with the farming.”

But it’s possible to adapt ‒ and even thrive. Just ask Hulai Rishidev, a 48-year-old farmer from the rural village of Jayrampur. Three years ago, Rishidev was struggling to grow cabbage, cauliflower, and other vegetables to sell at the local market. Today, with the technical support of MCC’s partner Brethren in Community Welfare Society, Rishidev’s farm is flourishing with a wide variety of vegetables, even in the off-season. His profits have grown by almost 60 percent.

Rishidev’s success is influenced by a two-pronged approach that MCC and its partners are promoting in Nepal: Help farmers cope with the effects of climate change and promote farming methods that reduce carbon emissions. Some surprisingly simple strategies make a difference.

One such strategy is the “plastic house,” a canopy structure with a plastic roof that protects vegetables from heavy rain and catches rainwater that can be stored in tanks for droughts. Some of the structures have netted walls to keep out pests. MCC provides these plastic houses to small farmers in cold, mountainous areas and areas subject to intense rain, enabling farmers to grow vegetables to sell and to feed their families.

To maximize water usage, MCC’s partner also encourages farmers to use drip irrigation and plastic ponds that capture extreme rainfall before it runs off the parched earth and disappears. Drip irrigation releases water droplets slowly and precisely to the roots of plants.

Farmers in very remote locations may not be aware of this resource-efficient system or might struggle to gain access to it, Sunchiuri explained. “Our plan is to continue to introduce these technologies,” he said.

Organic fertilizers and pesticides, on the other hand, help preserve the environment. They also cost farmers less and reduce the risk of health problems like cancer. The Nepalese government itself sees the benefits and is hoping to make agriculture in certain provinces entirely organic, Sunchiuri said.

However, he has found that organic farming can be a tough sell. Farmers have to put in the work and time required to produce their own fertilizer and pesticide from natural resources, rather than giving in to the convenience of buying chemical products on demand. Another problem, according to Sunchiuri, is that chemical methods often produce a greater crop yield, despite their negative effects on the planet and people’s health.

Although there are still challenges with implementing organic agriculture, farmers like Rishidev have found the new methods, training, and equipment to be life-changing. In addition to a much more varied and abundant harvest, Rishidev said that his skin no longer itches from using chemicals, that his pesticides preserve the local ecology by killing only the harmful insects, and that he’s learned natural methods to treat crop diseases.

“I am trying to be a sustainable farmer,” he said. He is encouraging other farmers in his village to do the same.