Border row erupts between Nepal and India over Kalapani 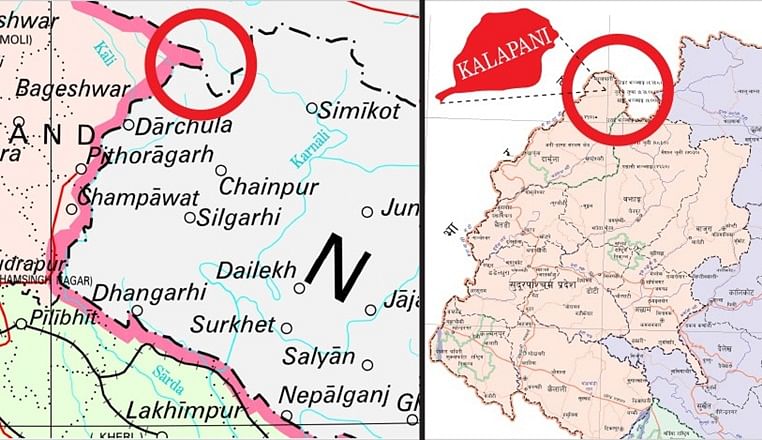 London—A border row has erupted between two South Asian neighbours as the Government of Nepal strongly objected to a recently-unveiled map of India that shows strategically important Kalapani area inside Indian borders.

In a statement issued on Wednesday, Ministry of Foreign Affairs of Nepal asserted that Kalapani was an integral part of Nepal.

The Ministry said that any unilateral actions along the Nepal-India border will be unacceptable to the Nepal government since Foreign Secretaries of the two countries have already been assigned by the Nepal-India Joint Commission to find a solution regarding unresolved border disputes in consultation with border experts.

“The remaining issues related to the border should be resolved on the basis of consensus and any unilateral action will be unacceptable to the Nepal government,” the press statement said.

“The Nepal government is committed to protecting the country’s external borders and it is determined on its principled position that such border disputes with the neighboring countries should be resolved through diplomatic channels after assessing historical documents, facts, and evidence,” the Ministry added.

Nepal government’s response came after a new political map released by the Indian government last week showed Kalapani and Lipu Lekh – at the tri-junction of Nepal, India and China – in Indian territory.

The Surveyor General of India had released its new political map on October 31 to reflect changes in the status of Jammu and Kashmir following the abrogation of Article 370 of the Indian constitution.

After the Kathmandu Post first broke the news on the eve of the crucial by-elections in Nepal, student bodies as well as leaders from major political parties protested the Indian move and asked the government of Nepal to resolve the issue as soon as possible by talking to India.

The Ministry of External Affairs (MEA) of India, however, has said  the boundaries with Nepal remain unchanged in the new map.

“Our map accurately depicts the sovereign territory of India. The new map has in no manner revised our boundary with Nepal,” MEA spokesperson Raveesh Kumar told media on Thursday.

He, however, added that the boundary delineation exercise with Nepal was ongoing under the existing mechanism. “We reiterate our commitment to finding a solution through dialogue in the spirit of our close and friendly bilateral relations. At the same time, both countries should guard against vested interests trying to create differences between our two countries.”‘

If #India does not handle the current border issue with #Nepal tactfully, it will land into a situation that will go out of its control.

Remember the 2015 #IndianBlockade alienated a whole generation of #Nepalis and memories are still fresh. Learn from the past.

Nepal had objected to an agreement reached between India and China during the visit of Indian Prime Minister Narendra Modi to China in 2015 to boost trade through the Lipu Lekh Pass without Nepal’s involvement. Nepal maintained that it was against international norms to make such an agreement when Nepal and India are yet to resolve outstanding boundary issues.

Observers say the long-running controversy regarding Kalapani is likely to put further strain on the bilateral relations at a time when India is trying to improve relations after it imposed unilateral blockade on Nepal as soon as the Nepali constitution was promulgated in 2015.