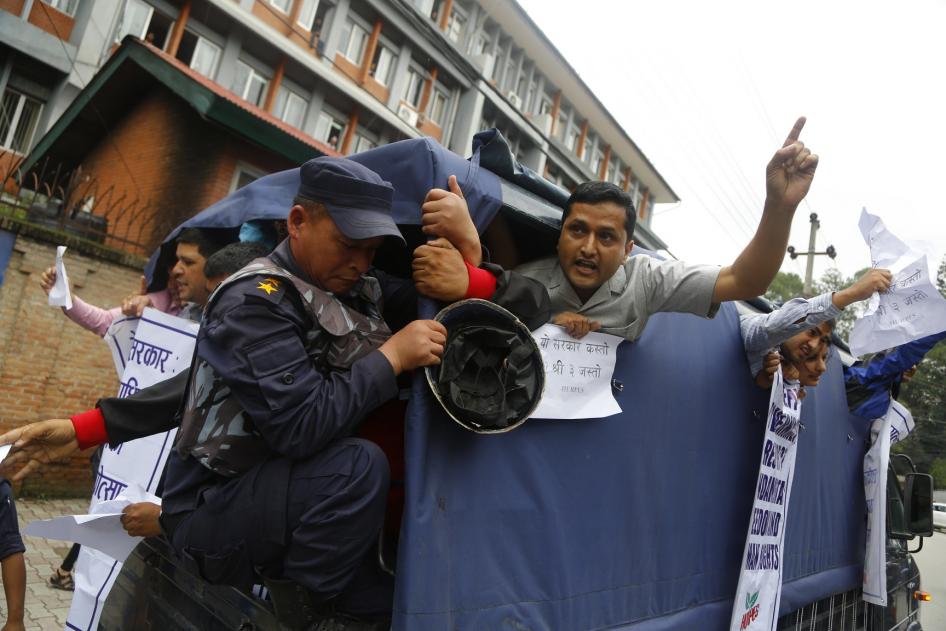 HRW , (New York) – The government of Nepal should ensure that forthcoming legislation to regulate social organizations protects the right to freedom of association, Human Rights Watch said. The government should hold open consultations with activists before introducing these laws.

Following previous attempts to impose draconian regulations on nongovernment organizations (NGOs), activists fear that legislation being prepared by the Home Ministry will weaken civil society, including organizations defending human rights. These groups had been supervised by the Social Welfare Council, a government body established in 1992 to “co-ordinate” and “promote” social organizations. But under the current government, the Home Ministry, which is otherwise responsible for internal security and law and order, has been taking over the regulation, registration, and supervision of social organizations.

Jitbir Lama, president of NGO Federation Nepal, described activists’ concerns to the Kathmandu Post, saying “We are concerned if the ministry is focusing on controlling nongovernment organizations, instead of regulating and facilitating them.” Achyut Luitel, chairperson of the Association of International NGOs, warned that the government is trying to adopt “controlling measures” to restrict groups that work on human rights.

The government’s 2019 International Development Cooperation Policy states that international aid mobilized through Nepali groups should be in line with government priorities, which it identifies mostly as infrastructure development.

The National Integrity Policy introduced in 2018 placed a number of onerous restrictions on activist groups and on the foreign funding that many rely on for their work. The policy requires groups to seek government permission to receive foreign grants. Once enforced, international nongovernmental organizations will be banned from doing advocacy on policy issues and from making “inappropriate allegations,” “spreading ill will,” or doing anything to “jeopardize the Nepali civilization, culture, social relationships and harmony.” Reports that they send to their home countries must be approved by the government.

These broadly drawn prohibitions could be used to prevent a wide range of activism on issues such as human rights, corruption, and gender and caste discrimination. Since the work of all international groups must be carried out through local partner organizations, the policy severely constrains domestic organizations supported by foreign partners.

A 2018 letter from four United Nations special rapporteurs stated, among numerous concerns, that the National Integrity Policy would “severely hinder the access of funding for associations.” They pointed out that even unregistered organizations are entitled to freedom of expression rights under international law and said that restrictions on activities of these groups under the policy do “not appear to pursue a legitimate objective under international human rights standards.” The special rapporteurs concluded that the policy was “aimed at hindering civil society’s ability to operate, especially NGOs and INGOs that are advocating for the promotion of ideas that are not shared by the Government.”

In June 2018, the government also introduced a directive that all nongovernmental groups must register with Home Ministry officials in each district, include a declaration of the personal property of all officeholders, and amend their statutes to specify just one field in which they would work. Those orders were later rolled back in the face of widespread opposition and threats of legal action.

International law protects freedom of association, including through nongovernmental groups. The International Covenant on Civil and Political Rights (ICCPR) holds that no restrictions may be placed on this right other than those that “are necessary in a democratic society” such as protecting public safety or the rights of others. Any limitations should not destroy or negate the essence of the rights guaranteed in the covenant.

Groups in Nepal accept that some regulation is necessary, for example with relation to financial management. While it is appropriate to regulate and scrutinize the financial affairs of not-for-profit organizations to address corruption, the Nepali government’s approach unnecessarily infringes on the fundamental right of citizens to organize and campaign on issues of their choosing, Human Rights Watch said.

“The government should not be interfering with or constraining which issues organizations can work on, and should listen to activists, including critics, instead of treating them as a threat,” Ganguly said. “In the past, Nepali political parties, including the one currently in office, received the support of groups that backed democracy and human rights, and all members of parliament should ensure that any new regulation is bolstering these groups instead of undermining them.”