Why leaders who bullshit are more dangerous than those who lie 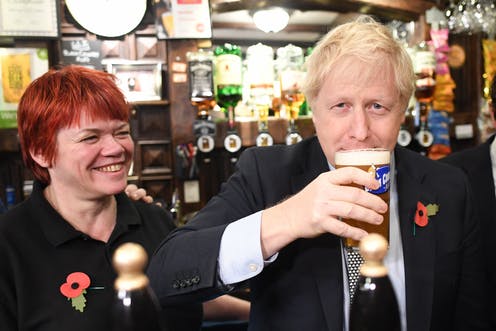 The Conversation — Bullshit seems to be the new currency in politics. Around the world, a new breed of politicians is flourishing, for whom lying and bullshitting is part of their everyday routine. This is earning them both popular appeal and widespread revulsion. But what is bullshit and why is it so effective in our time?

Bullshitting is different from lying. The American philosopher Harry Frankfurt, who attempted to build a theory of bullshit, explains this clearly. He argues that whereas the liar cares about the truth – their aim is to prevent others from learning it – the bullshitter does not care about the difference between the truth and falsity of their assertions. They just pick ideas out, or make them up, to suit their purpose.

In the run up to his presidential campaign, Donald Trump, for instance, alleged that Barack Obama was born outside the US. This forced Obama to release his birth certificate. Trump then responded by labelling this birth certificate a forgery. Many would dismiss this as a childish political blunder or an act of political duplicity. But it was very effective in spreading seeds of doubt about Obama’s patriotism and in legitimising “concerns” about his loyalty to the country.

This is now a regular feature of what is referred to as post-truth politics: leaders seeking to shape public opinion by spreading bullshit, a medley of lies, half-truths, innuendos and empty verbiage.

A more subtle type of bullshit is practised when leaders facilitate or give credibility to rumours or patent lies. This is often used to de-legitimise political opposition. This is a technique that British prime minister Boris Johnson has used.

For example, when asked by a BBC reporter whether some pro-remain MPs were under investigation for their alleged involvement with foreign powers, he declared: “I think there is a legitimate question to be asked about the generation of this SO24 legislation.” Not only were these allegations untrue, the prime minister knew there was no such investigationtaking place to start with.

Similarly to Trump’s role in the “birther” conspiracy, Johnson simply rebounds the false allegation without providing any evidence and lets the digital echo chambers do their work. What makes this type of bullshit dangerous and difficult to tackle is its diffusion via social media, which evades accountability. Engaging with it or seeking to correct it factually merely adds fuel to the fire, spreading its message still more widely. Repeating a lie, even to debunk it, makes it seem more believable.

Fact checking is now a regular claim of many news media. This is a necessary – but we worry perhaps a futile – endeavour. Such “facts” are often contested and distorted to such a point that the wider public loses any sense of a genuine different between fact and fiction. In post-truth politics, everything sinks to the level of a story. Some are simply more plausible than others, but this will always depend on the observer’s political allegiances, fears and fantasies.

Leaders such as Johnson and Trump are “bullshit artists”, par excellence. Even when seeming spontaneous or artless, their use of language in political power games is the product of sophisticated craftsmanship, but is delivered in a way that gives the opposite impression.

This allows them an enduring ambiguity. Which statements are meant to be taken literally, which taken with a pinch of salt and which regarded as fanciful entertainment is always unclear. This allows them to evade calls for seriousness and discipline in distinguishing between facts and opinion.

As we have discovered in our research into post-truth narratives, in the digital era bullshit is fuelled by two particular types of narrative that are widely shared nowadays: nostalgia and conspiracy theories. Both of these rely on beliefs rooted in unconscious fears and desires – and, crucially, these are resistant to empirical or scientific evidence, grounded as they are in deeply-seated societal fantasies.

Nostalgic narratives idealise an imaginary past of authenticity, community and fairness. They can be viewed as the flip side of the ideology of progress. When faith in a better future wanes, people are liable to experience nostalgia, which can then define the prevalent mood of a whole period. Today, across the world, nostalgia is fuelling an aggressive, xenophobic type of narrative, in which an idealised past of purity, community, self-reliance and heroism confronts what it casts as the narratives of late modernity – multi-culturalism, diversity, cultural and sexual equality, intellectualism, urban sophistication and so forth.

Conspiracy theories, meanwhile, combine outrageous claims with plausibility, fancy with fact, absurdity with logic. While they have long expressed paranoid anxieties associated with right-wing ideologies, currently they colonise large sections of the internet and can be found across the political spectrum from extreme left to extreme right.

Political bullshit is further augmented by fanciful but catchy metaphors, such as Trump promising to drain the swamp or Johnson describing the attempt by pro-Remain MPs to rule out “no-deal” Brexit as a “surrender act”.

Trump’s metaphor directly feeds the narrative of a corrupt Washington elite ruining the country. Johnson’s metaphor gives credibility to conspiracy theories about how MPs, judges and others conspire, in collaboration with the foreign elites, to frustrate the will of the people. Similarly, Jair Bolsonaro, the Brazilian prime minister, blamed the wildfires currently ravaging the Amazon on angry NGOs who supposedly turned to arson as part of a plot to embarrass his government.

All this has serious consequences. Lying can be confronted by providing evidence to demonstrate falsity and leave the liar exposed and humiliated. But this is not so easy when it comes to bullshit. Bullshit artists choose their language in ways that contest the boundary between the truth and untruth. Bolstered by fantastical forms, such as nostalgia or conspiracies, bullshit works because it fits with an assemblage of existing lies and prejudices.

Rejecting the bullshit artists who are the leaders of our times requires empowered citizens to get out on the streets and engage in a much-needed social critique to counteract today’s post-truth politics.