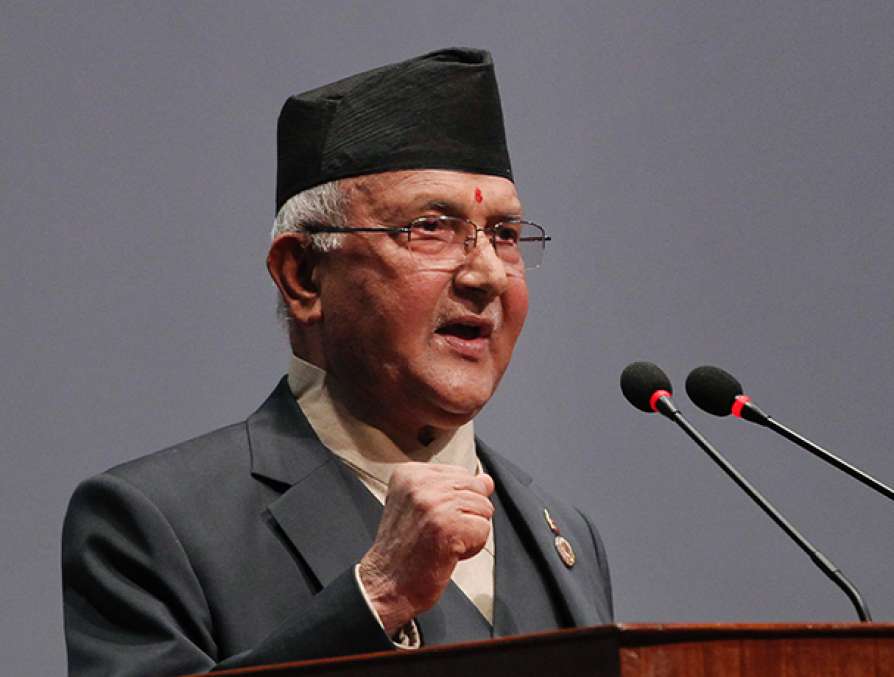 Kathmandu : Prime Minister KP Sharma Oli on Sunday urged India to recall its troops from Kalapani that belongs to Nepal.

Protests erupted in the Himalayan nation after New Delhi released a political map on 31 October that placed the region of Kalapani inside the Indian border. Nepal claimed that Indian border forces have been illegally occupying Nepali territory since the 1962 India-China War.

“We will not let even a single inch of our land encroached on, neither do we need the land of others…I request our neighbour to recall its troops from there (Kalapani),” Prime Minister Oli said while addressing the first meeting of the National Youth Association in Kathmandu.

Oli’s statement comes after a new Indian map showed the region of Kalapani within India, leading to protests across Nepal. Kalapani, a 35-square kilometre area claimed by both India and Nepal, has been embroiled in controversy since the Nepal Parliament ratified the Mahakali Treaty with India in 1996.

Nepal claimed that Indian border forces have been in illegal occupation of the Nepal territory Kalapani since the 1962 India-China War.

The Indian foreign ministry said that the map accurately depicts the sovereign territory of India, but noted that a third party (most likely China) could be attempting to stir up trouble in the area.

“I think it is very important to note that, both sides (India and Nepal) should guard against vested interests who are out there to create some differences between the two countries,” Indian foreign ministry spokesperson Raveesh Kumar said on 8 November, the Sputanik writes.

Meanwhile, China expressed hope that Nepal and India will resolve their territorial dispute through negotiations.