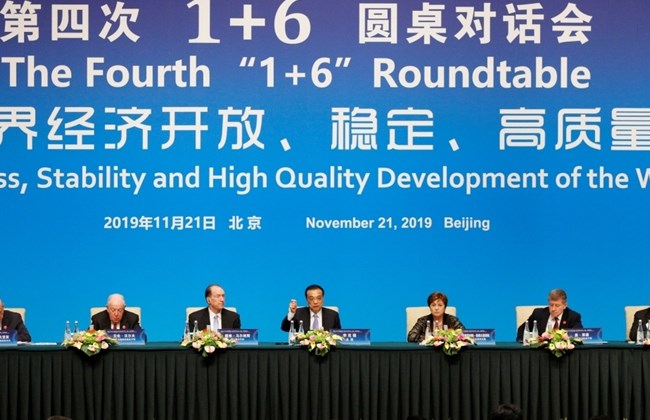 AFP, PARIS: The OECD trimmed its outlook for the global economy Thursday, saying the world was headed for its weakest economic growth since the 2007-2008 financial crisis.

Urging governments to invest in digital and climate transformation, the Organisation for Economic Co-operation and Development said activity had been hobbled by weaker trade and investment in the past two years, as U.S. President Donald Trump and Chinese leaders continue to be locked in a trade conflict.

The OECD now expects economic activity around the world to expand by 2.9 percent next year, a decline of 0.1 percentage points from a previous forecast issued in September.

Growth was likely to remain slow, it said, with expansion in 2020-2021 seen at around 3.0 percent, down from a 3.5 percent rate projected only a year ago.

This was shaping up to be “the weakest rate since the global financial crisis”, according to OECD chief economist Laurence Boone.

Growth this year was also likely to come in at 2.9 percent, the OECD said in its November 2019 Economic Outlook.

Boone noted that “for the past two years, global growth outcomes and prospects have steadily deteriorated, amidst persistent policy uncertainty and weak trade and investment flows.”

She said that central banks had taken decisive and timely monetary decisions that partly offset the negative effects of trade tensions.

But governments had not done the same, instead failing to invest enough in long-term projects to improve infrastructure, advance digitalisation of their economies or in the fight against climate change.

Boone warned that the OECD was concerned the outlook would deteriorate further due to “unaddressed structural changes more than any cyclical shock”.

She highlighted climate change and digitalisation as two examples, along with the fact that “trade and geopolitics are moving away from the multilateral order of the 1990s.”

A breakdown of the forecasts showed that the U.S. economy, the world’s biggest, is tipped “to slow to 2.0 percent by 2021, while growth in Japan and the euro area is expected to be around 0.7 and 1.2 percent respectively,” the report said.

In China, the world’s second biggest economy, growth was forecast to “continue to edge down, to around 5.5 percent by 2021”, it added.

Other emerging-market economies are expected to recover “only modestly,” Boone said.