Many existing debates around energy revolve around security, poverty alleviation and climate mitigation. Energy is considered one of the principles in achieving the sustainable development goals (SDG), and increasingly questions are also being asked about the links between ongoing energy development and justice, equity and fairness.

The rapid growth of energy consumption has raised concern about energy security and the environmental impact of the use of energy worldwide.

Nepal’s energy system is highly dependent on imported 100 per cent petroleum products, cooking gas and nearly 50 per cent of electricity from neighbouring India. Nepal is paying Rs 19 billion for electricity, Rs 26 billion for cooking gas, and Rs 155 billion for petroleum products every year. It is the main reason for the country’s massive trade deficit. Nepal’s energy development is also heavily influenced by demands from the fast-growing economies of neighbouring countries, India and China. Most of the hydropower projects have been captured by them for a long time.

The energy system is at a crossroads, providing an incredible opportunity for the reorganisation and transformation towards a more sustainable system.

Thanks to the restructuring of the energy sector and increasing penetration of distributed energy resources (DERs), in both developed and developing countries, globally the energy landscape is changing from dominant vertical integration of centralised generation, transmission and distribution systems towards a combination of top-down and bottom-up systems.

Nepal is among one of the world’s least developed countries, with one of the lowest energy consumption per capita in the world, and it also has no significant reserves of coal, natural gas or oil. The high magnitude earthquake in April 2015 aggravated the situation of energy access as around 30 per cent of the electricity infrastructure of Nepal was damaged.

Nepal is among the countries that are most vulnerable to climate change and its effects, including more severe water-induced calamity and severe hydro-meteorological events, such as drought, storms, flooding and inundation, landslides, debris flows, soil erosion and avalanches.

Due to its mountainous terrain, Nepal has the potential to generate significant amounts of energy through renewable sources, mainly from solar, wind, biomass and micro hydro schemes. It is a cheaper and more feasible way of providing modern energy to the remote areas because connecting remote areas to the national grid is costly. Several community-based initiatives now promote the adoption of decentralised renewable energy management.

In Nepal, 6.5 million people lack access to electricity. Nepal relies on traditional energy resources for three-fourths of its total energy needs. Likewise, the share of firewood alone is two-thirds of the total energy consumption.

As a result, pollution is the fourth-most substantial human health risk due to the use of biomass for cooking and kerosene for lighting.

The European Union has set out a plan for a new energy strategy based on a more secure, sustainable and low carbon economy.

It has assigned itself to achieving at least a 27 per cent share of renewable energy by 2030 with the plan of encouraging private investment in infrastructure and low-carbon technologies.

Renewable energy resources can tackle many of the challenges faced by conventional energy today.

There are dozens of cement industries that could generate more than 50 MW of electricity through co-generation. Recently, Hongshi-Shivam Cement Industry has started producing 12 MW of electricity from waste heat recovery.

All the cement plants of Nepal could follow the same trend of generating electricity from waste heat and dust. We could generate 100 MW of electricity from various energy-intensive industries, like cement and sugar, of Nepal. We have been waiting for more than 12 years to generate just 14 MW from Kulekhani III but not seen opportunities of generating 100 MW of power within six months.

World investors should be queuing to harness Nepali energy and enter into the energy business, given its two big neighbours, India and China. They need tremendous amounts of energy in the future to keep their economies growing.

This is why they are trying to capture Nepal’s substantial hydropower resources for their future energy demand.

Nepal should be aware of that and think about energy security. We must also think about the environmental impact when we build mega dam projects.

We have been waiting for more than 12 years to generate just 14 MW from Kulekhani III but not seen the opportunity to generate 100 MW within six months from waste heat and dust in energy-intensive industries, like cement and sugar. 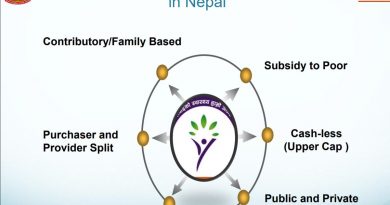 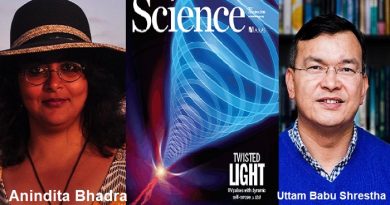 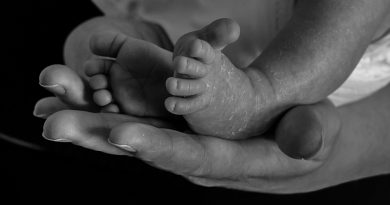 48 per cent of low birthweight babies born in South Asia

London: Santosh Shah, one of the youngest British Executive Chefs, has been selected in the top 40 semi-finalists of the