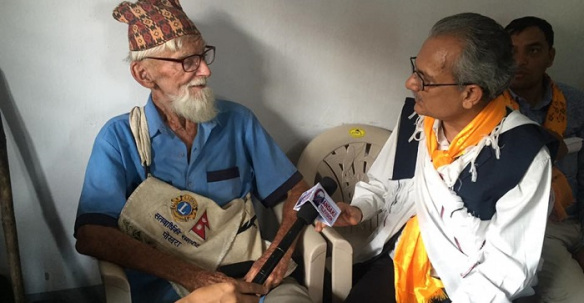 A Cabinet meeting held on November 15 had decided to grant honorary citizenship to Smith, who has been living in Nepal for long. The Ministry of Home Affairs had recommended citizenship for him based on documents submitted by Smith.

The constitution has stipulated that the government can grant honorary citizenship to a foreign national of international reputation.

Smith had come to Nepal through United Mission in 1966, to teach. He is 83 years old. Smith taught Math and Science at Gorkha’’s Amarjyoti Secondary School.