Cricket tour to Nepal from the UK was a fantastic experience, says MCC Tour Manager 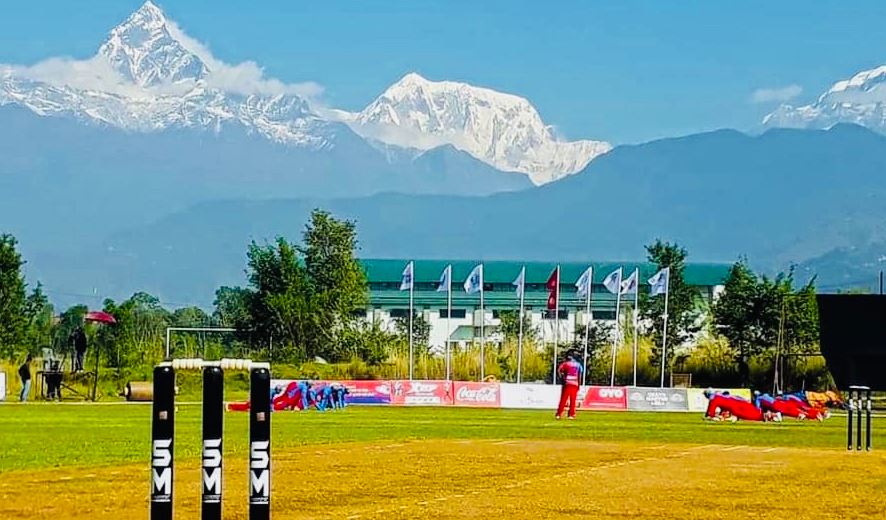 London — The Marylebone Cricket Club (MCC) has completed its first “Legacy Tour” of Nepal, which included taking a strong squad to compete in both red and white-ball cricket in the country.

As well as the matches played on the tour, the Club’s charitable arm – the MCC Foundation – launched an eight-month project in Pokhara, Nepal’s second largest city, the official website of MCC the Lords.org writes.

In collaboration with UK charity Kidasha, the Foundation will lay nets, upskill local coaches and teachers, provide kit and cricket training, and establish a new schools league for both girls and boys in the city.

The first-class match against Nepal – the country’s first for fourteen years – was an occasion that attracted crowds in their thousands to the Tribhuvan University International Cricket Ground in Kirtipur, Kathmandu.

Abi Carter, Director of the MCC Foundation said: “This Legacy Tour showed MCC at its best. The playing squad provided high-class opposition for the Nepali players, and also threw themselves into coaching hundreds of young Nepalis, many of whom live in slum communities with absolutely no access to either kit or coaching.

“We opened one set of nets on tour – four more are to come. This is just the start of what we hope will be an impactful and enjoyable project. In the coming months we hope to see the young people develop not just as cricketers, but also personally in terms of their team-work, confidence and well-being.”

““The coaching element of the trip was enriching, and the experience will have a lasting memory on MCC’s players and the Nepali youngsters”

Richard Greatorex, MCC Tour Manager said: “Nepal was a fantastic experience for all involved. We played some great cricket against an array of very talented players, while our squad were excellent ambassadors for MCC.

“The coaching element of the trip was enriching, and the experience will have a lasting memory on MCC’s players and the Nepali youngsters – the enthusiasm from both groups was heartening to see. The players coached in the region of 300 children in only a couple of days.

“The impact that the MCC Legacy Tours programme with have on cricket in Nepal over the next three years, right through from the grassroots to the national structure, will be sizeable.”

? MCC Foundation have now launched their Breaking Boundaries project while on tour in Nepal.

MCC's squad provided equipment and kit to help the future of cricket in the country.#MCCcricket https://t.co/vwih62wwIK

MCC is committed to touring Nepal each year from 2019 to 2021, and will look to build on the programmes initiated in the country with the help of the MCC Foundation during this period, states a press note issued by Lords.