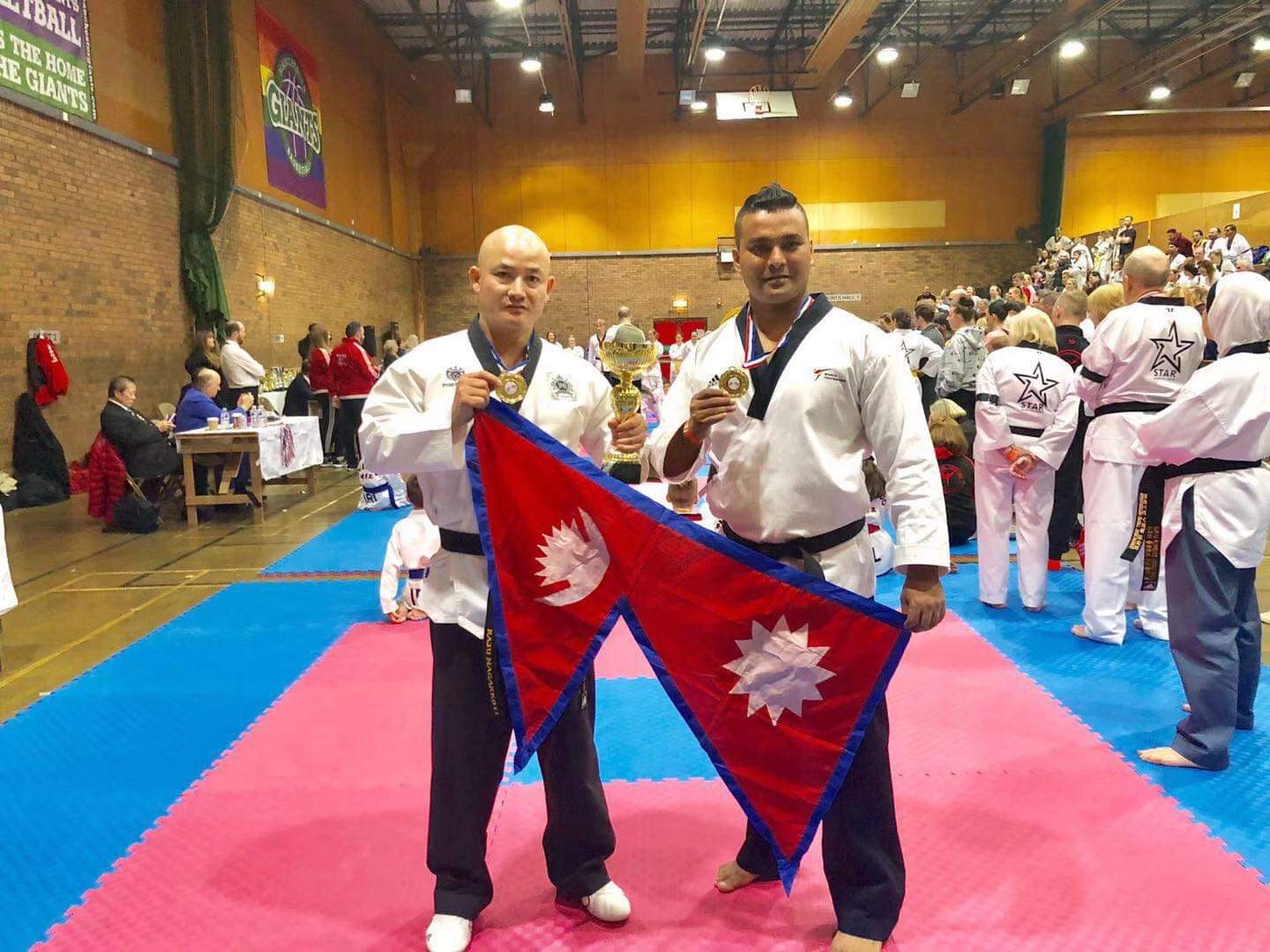 Nepali and Nagarkoti won gold medals in the Poomsae category.

In the tournament organized by the UK Taekwondo Association, Nepali won the gold in the under-40 category while Nagarkoti won in the age 50 category.

Nagarkoti is the 5th Dan Taekwondo Black Belt and has bagged a number of prestigious awards nationally and internationally. He was Dojang Champion in 4th National Game of Nepal in 1994 and was qualified as a Coach and referee from the Taekwondo international masters training from Korea. He has attended as a coach  in Wata Open Taekwando in Japan. Mr. Nagarkoti is currently resides in Macau and is affiliated with the Macau Taekwondo Association. He won Bronze medal in the Canada Open G1 international Taekwondo Championship in September 2018 and also participated in the US open Taekwondo in February 2019.

Another winner, Sanjeev,  had won a bronze medal in the individual Poomsae age category in the tournament organised in Thailand four months ago.

“We had been training for about three months and we prepared very well this time,” said Nepali adding,  “That’s the reason we were successful in bringing good results in this tournament compared to the other international tournament we participated in.”

“This is a fantastic News and a proud moment for all Nepalese living worldwide. To grab the Gold medal in the soil of the United Kingdom for a Nepali player is not an easy job. I don’t know why this kind of  big news that makes us proud to be a Nepali does not get enough space in media and among the NRN community ,” said Siddhartha Bikram Chhetri, President of Nepali National and International Players Association (NNIPA). 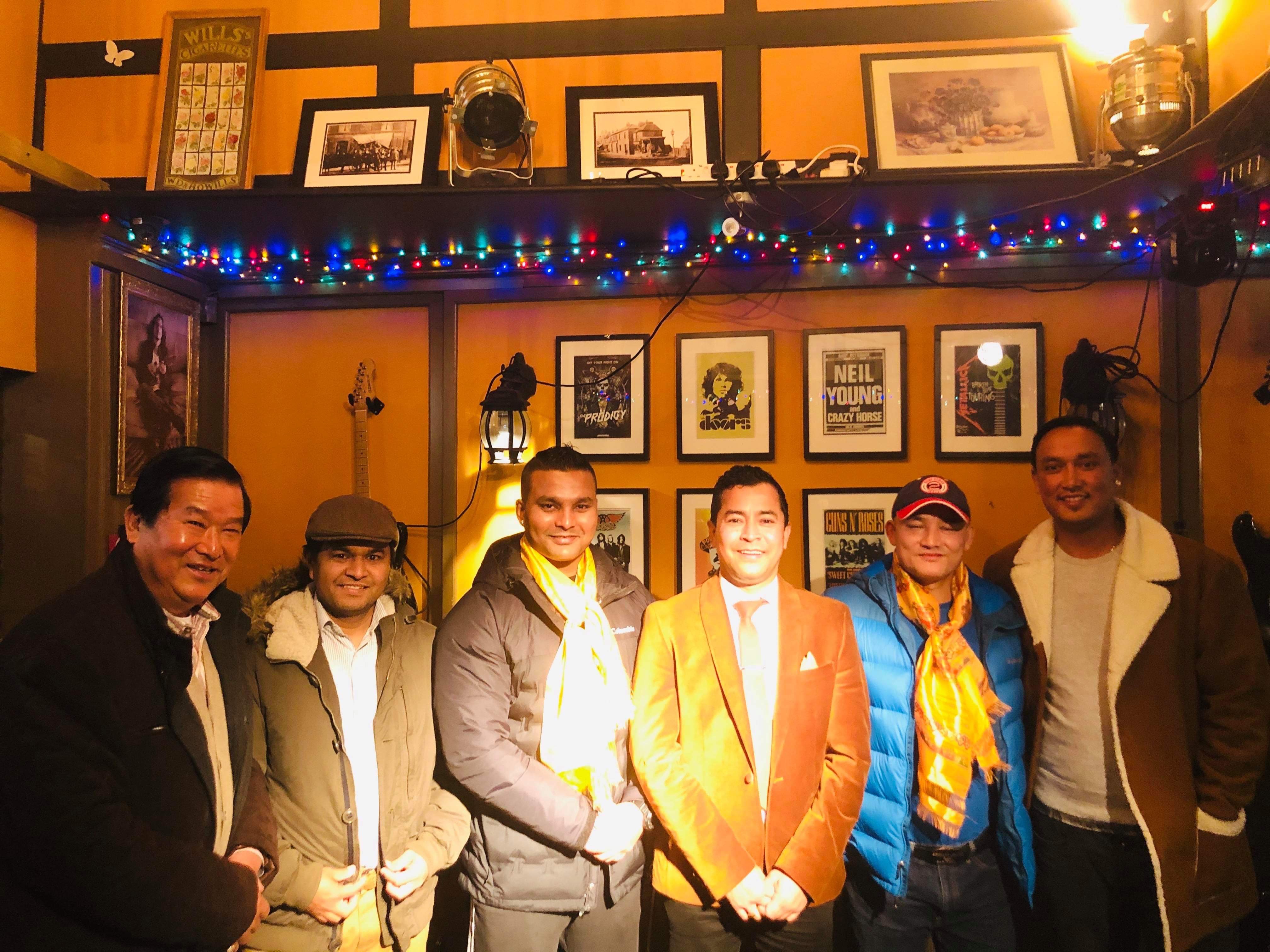 NNIPA organised a program to honour  Nagarkoti and Nepali at South Harrow, London. “We are so happy to get an opportunity to honour Nepali players who make it big at the international forum. The NRN Association and the government of Nepal also should take note and honour such talents from Nepal,” said Suraj Karki, Senior Vice President of NNIPA and United Nepali Kekosin Advancement. 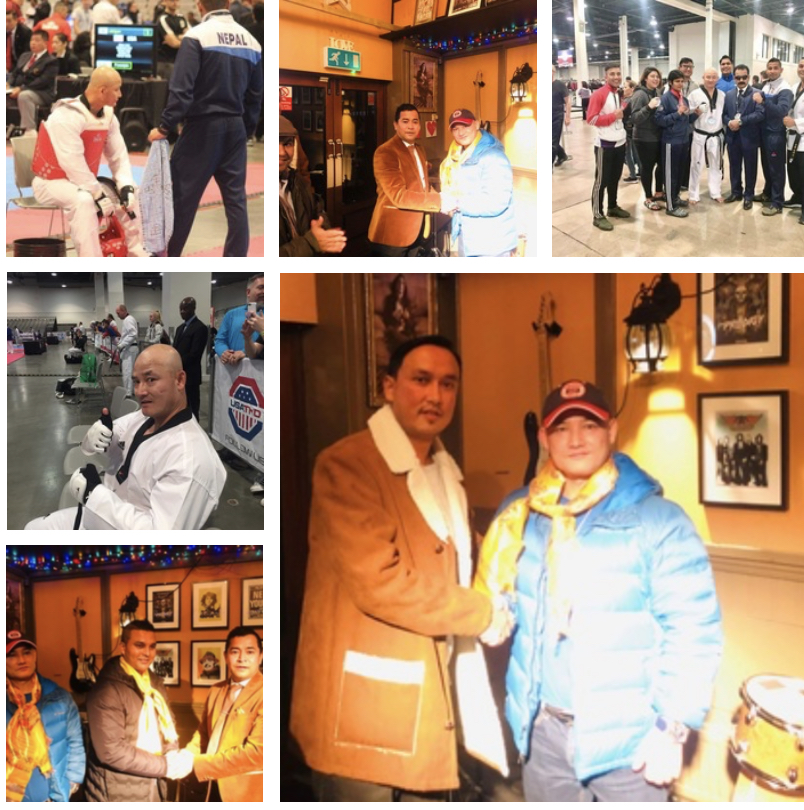