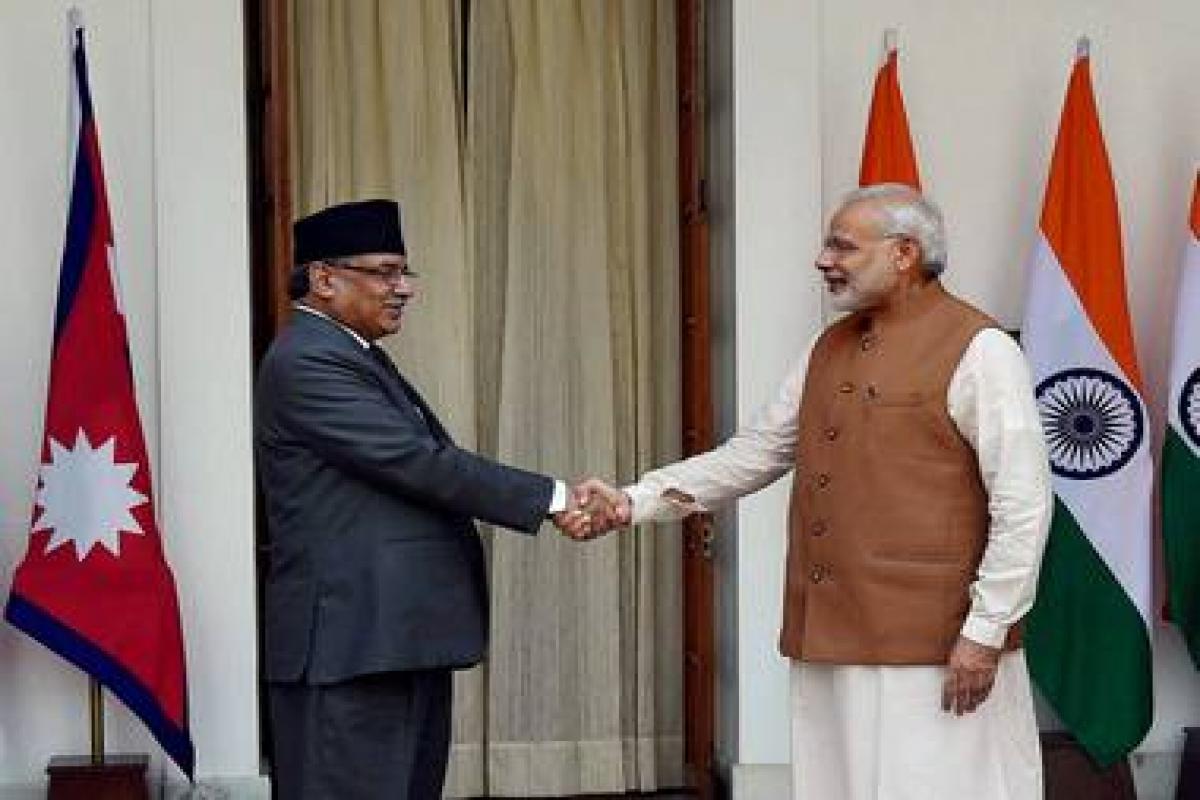 PTI— Interacting with journalists at a programme in Kathmandu, the former Nepal Communist Party supremo said, “I believe, the China-India Plus or 2+1 concept does not talk about equal shares between China, Nepal and India, rather, it suggests that the first two countries will have bigger roles and the third one will have fewer roles when it comes to forging such partnership.”

“Nepal cannot become merely a transit point between the two immediate neighbouring countries. Rather, Nepal should also have its equal share when we forge such partnership,” he was quoted as saying by MyRepublica portal.

Prachanda said Nepal being a sovereign and independent country should have equal status and say in the trilateral partnership.

In October, China’s Vice Foreign Minister Luo Zhaohui said his country is interested in furthering India-China Plus formula to develop a common strategy for Afghanistan, Nepal, Bhutan and Africa.

“One of the consensus of the Wuhan meeting (held last year between Prime Minister Narendra Modi and President Xi Jinping) is to carry out China-India Plus cooperation, because China and India are neighbours that cannot move away from each other. Both countries are major countries and their cooperation on international and regional issues is very important,” Luo said in Beijing.

On Friday, Prachanda was speaking as the chief guest at the ‘Nepal-China relations and media’s role to strengthen people-to-people ties’ programme organised by Nepal-China Media Forum in Kathmandu.

“We should understand why Chinese President Xi Jinping last month came to Nepal on a state visit via India after holding meeting with Prime Minister Narendra Modi. This showed China’s acceptance of the trilateral partnership,” the former prime minister said.

Prachanda said border issues between Nepal and India should be resolved through diplomatic and political dialogue.

India earlier this month released fresh maps of the newly created Union Territories (UTs) of Jammu and Kashmir, and Ladakh and the map of India depicting these UTs.

On November 6, the Nepal government said media reports drew its attention to the Kalapani area being included in the new Indian map.

The issues related to Kalapani and Susta is a long-standing issue between Nepal and India and now is an opportune time to resolve these issues through dialogue, Prachanda told newsmen.

He said the Nepal government must present historical documents supporting Nepal’s claim over Kalapani and Limpiadhura, the border areas in the Himalayan country’s far-West.

Prachanda said in today’s world of advanced information technology the media can play an effective role to bring countries and societies closer.

As the media is a powerful tool for communication we need to use it for creating positive public opinions, he added.

Nepali Congress leader Dr Ram Sharan Mahat stressed on the need for promoting people-to-people contacts between Nepal and China besides enhancing economic and political ties between the two countries.

Also participating in the programme, First Secretary Press of the Chinese Embassy Wang Xialong said the promotion of people-to-people relations is one of the components in the Memorandum of Understanding of the Belt and Road Initiative (BRI) signed between Nepal and China in 2017.

“President Xi Jinping recently paid a successful visit to Nepal and one of the focuses of the visit was to promote the people-to-people contacts,” he said.