Nepal leading the SAG medal list, 73 percent are the women to bag the medal for Nepal – South Asia Time

Nepal leading the SAG medal list, 73 percent are the women to bag the medal for Nepal 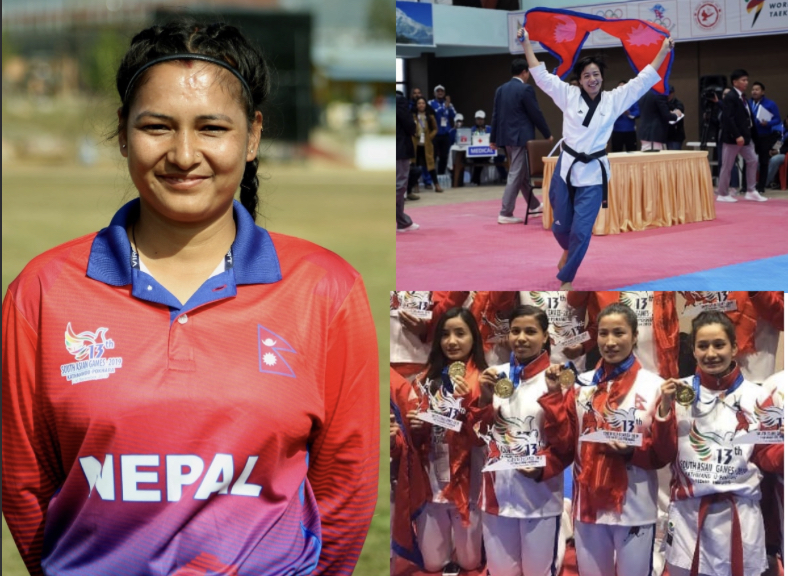 Kathmandu— Nepal has so far secured a total of 23 gold, seven silver, and nine bronze medals in the ongoing 13th South Asian Games being held in Kathmandu, Pokhara and Janakpur.

There are 17 women to bag a Medal among total 23 medal won by Nepal which is 73 percent of women dominance.

Nepal’s Sunita Maharjan defeated her Pakistani opponent and won the gold in Kumite of Karate under 68-kg category with 8-2 points at Nepal Karate Academy in Satdobato, Lalitpur on Tuesday, the Himalayan Times reports.

Nepal’s Anjali Chand took six wickets without conceding any runs against Maldives to help her team register an emphatic win by 10 wickets.

Chand’s six wickets for no runs came in 13 balls and included a hat-trick for the 24-year-old debutant.

Maldives were bowled out for 16 in Pokhara and hosts Nepal took just five balls to chase that down for the win.

Likewise, women’s football team of Nepal defeated Sri Lanka by one goal to nil in the first match of women football championship, held in Pokhara.

Saru Limbu had managed to score during the 88thminute of the game.