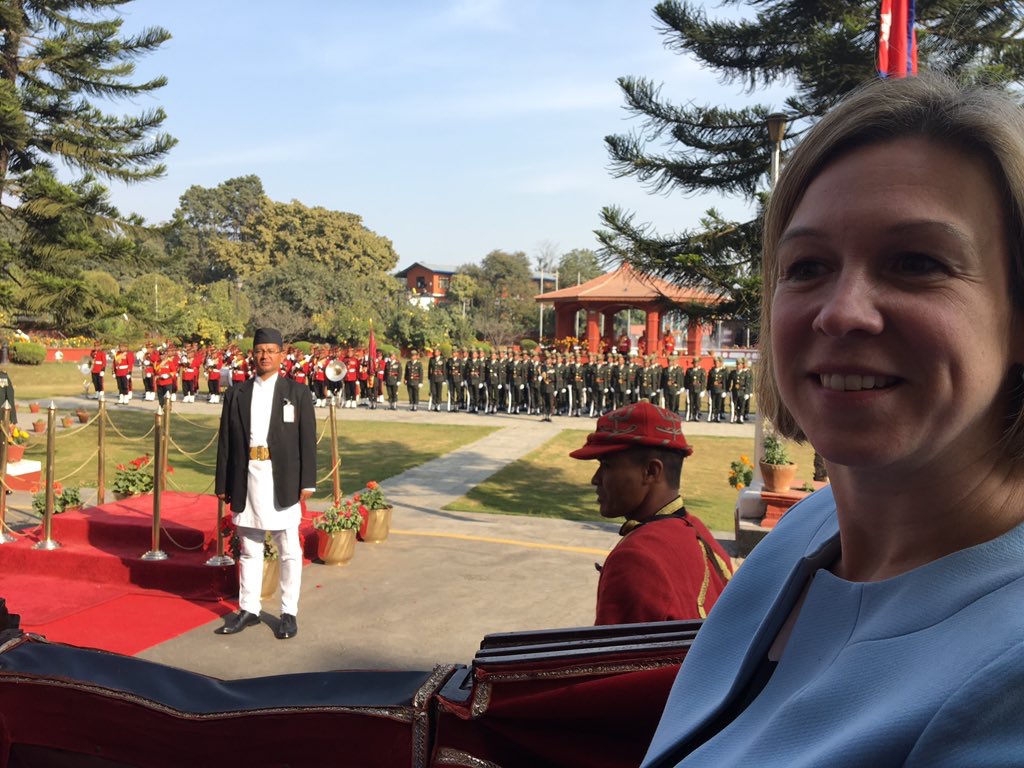 Kathmandu— Nicola Pollitt, the newly appointed ambassador of Britain to Nepal, has presented her letter of credence to President of Nepal, Bidya Devi Bhandari, amid a special ceremony at the President’s Office at Sheetal Niwas on Wednesday. 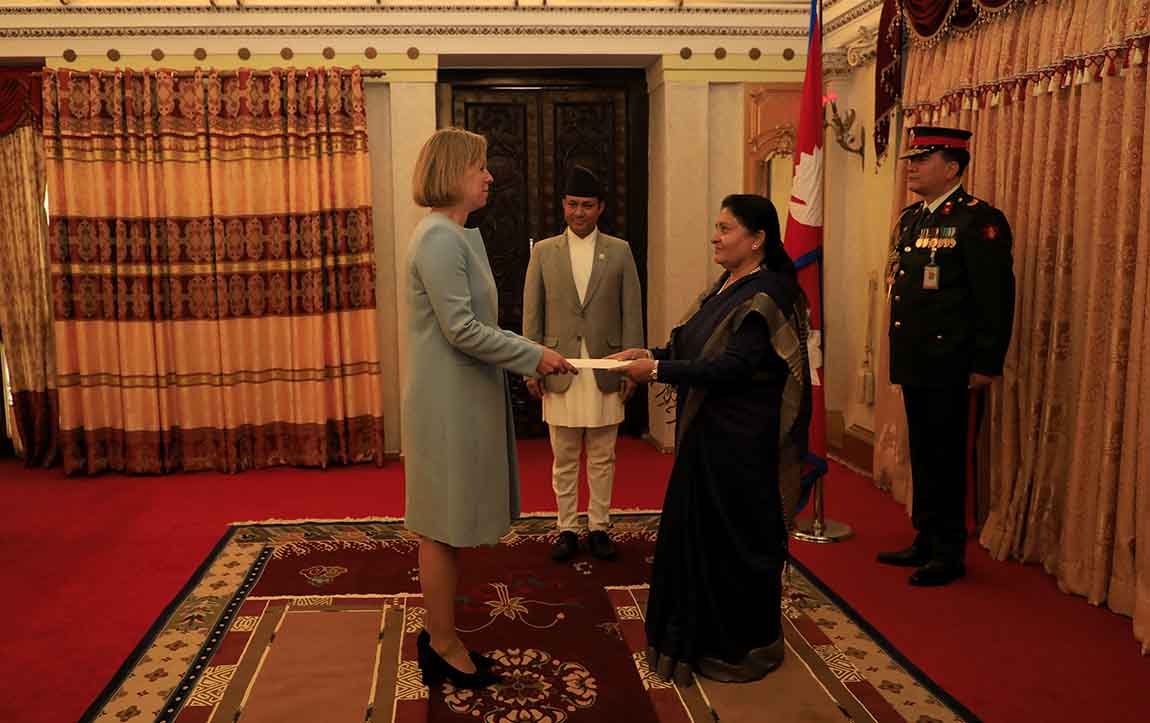 A career diplomat, Ms Pollitt is succeeding Richard Morris as British envoy to Nepal. She is the first female British ambassador in over two-century-old relations between the two countries.  She had also worked as a Senior Policy Advisor for Afghanistan, Pakistan and India at the Cabinet Office.

She was working as Additional Director, Eastern Europe and Central Asia Directorate at Foreign and Commonwealth Office before taking over the role of Ambassador.

Talking to South Asia Time, Nepalese envoy to the UK, Dr Durga Bahadur Subedi, said, “It’s a good news to have such an experienced diplomat being posted to Nepal for the mutual relationship of the two countries. At the same time, to have a woman ambassador in Nepal for the first time in the history of 200-years of our relationship will also have a positive impact on women’s empowerment in Nepal.”