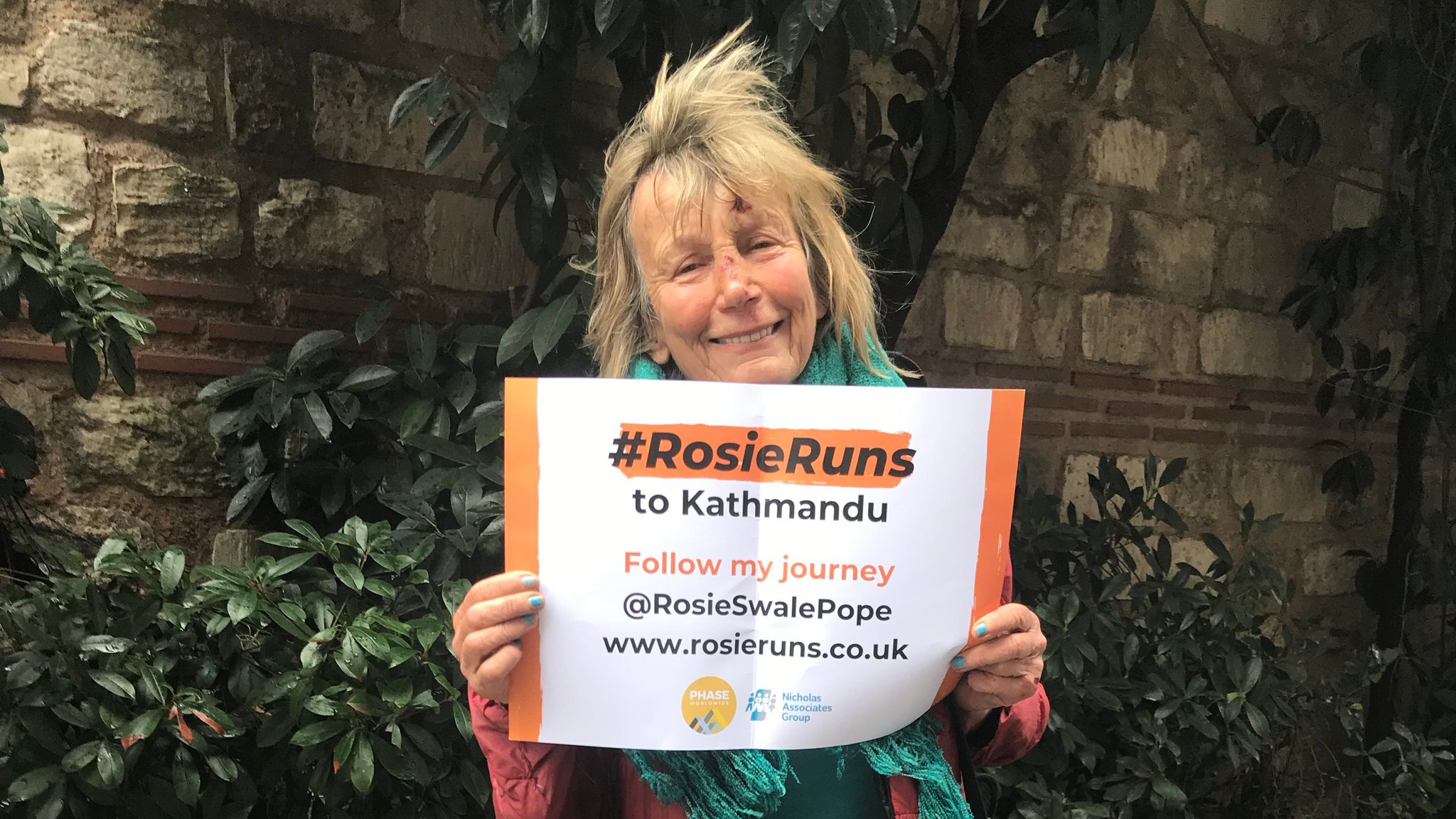 Rosie Swale Pope, a seasoned marathoner, adventurer and author, is on her way to Kathmandu, Nepal on foot. She began her run in July 2018 from Brighton, United Kingdom and, as of December 9, 2019, had reached Istanbul, Turkey.

Rosie Swale Pope, 73, is jogging around the world on a charity run to help people affected by the 2015 Nepal earthquake. She set off from England in 2018. Current stop: Istanbul, next stop: Georgia pic.twitter.com/xFe29MlbsX

In 2015, Nepal was hit with an earthquake that clocked 7.9 on the Richter scale, causing widespread destruction. Years later, the country is still struggling to recover from its impact, and many are still homeless and have lost their livelihood, Scroll.in writes.

Rosie Swale Pope MBE (@RosieSwalePope) Tweeted:
Is it a bird? ?
Is it a plane? ✈
No! It’s me running across Galata Bridge on a 6,000 mile journey across the world from the UK to Nepal, pulling everything I own in a cart behind me. ?‍♀️
#RosieRuns https://t.co/6A3UyMfavz

Hoping to raise money for Nepal’s local communities and the country’s recovery from the devastating earthquake, Pope is covering an average of 20 kilometres daily. Pope said (video above), “It is not about just giving people food. It is about helping these talented people to grow their own food.”