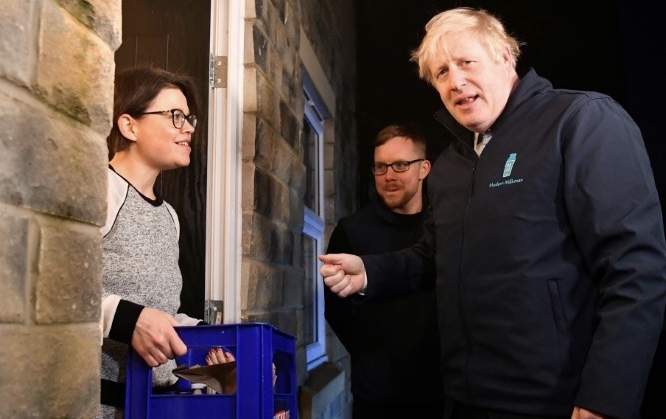 With Boris Johnson’s impressive election victory, one of the biggest questions in British politics will be answered: Brexit, in some form, will be done.

But what does this election victory mean for Britain’s standing in the world? Who will the UK now count as its allies, and its enemies?

The manner of Brexit matters in terms of Britain’s global standing. The large majority he has secured might give Johnson more room for manoeuvre in Westminster, making a softer Brexit possible. This would undoubtedly allow for smoother relations with the UK’s neighbours, but a softer Brexit might also have more advantages globally.

Overseas, Brexit is viewed as a form of national self-harm by many, and a softer departure may well prevent Britain’s international standing from being substantially damaged. A softer Brexit, which might involve some freedom of movement, may also allow Britain to strike a stronger bargaining position in future trade negotiations with both the EU and other nations. By remaining at least partially linked to the EU, Britain would be able to present itself in trade negotiations as part of a larger market, giving it more power and a louder voice.

Beyond Brexit, Johnson and US President Donald Trump will undoubtedly remain close, meaning the so-called “special relationship” will be publicly supported and championed. This public friendship may not make Johnson popular on the global stage, but with his majority, and a potential victory for Trump in November 2020, he may not care.

Bonhomie aside, the extent that camaraderie between Johnson and Trump will benefit Britain is more questionable. Securing a favourable post-Brexit trade deal with the US will remain very challenging.

Britain is already looking to strengthen economic and political ties with Commonwealth countries – Australia’s prime minister, Scott Morrison, swiftly tweeted his congratulations to Johnson. The reality of leaning on the Commonwealth will not be as lucrative as membership of the EU, but the Conservatives are keen to draw on itnonetheless.

Specific countries, like India, will become increasingly important. An economic powerhouse, the UK will want to secure a trade deal with India. But at what cost? For India, any trade deal with the UK will have to come with the promise of a relaxation of the visa requirements for Indian nationals. That pay-off may be difficult for Johnson to sell to an electorate which has been repeatedly promised a reduction in immigration and a tightening up of immigration policy from the Conservatives.

China will be another key relationship to watch in future. Relations with China have not been particularly good over the past 20 years. For example China froze investment into the UK under the coalition government following David Cameron’s meeting with the Dalai Lama in 2012. Johnson’s government will be looking to improve this relationship in the hope of a beneficial trade deal.

But how can this be achieved? One recent example is the Conservative government’s response to the pro-democracy protests in Hong Kong. It might be expected, because of Britain’s historic links with Hong Kong and Britain’s desire to maintain democracy in the territory, that Johnson’s Conservatives would be outspoken in their support of the democratic movements.

Instead, the Johnson government has been quiet on the violence in the territory, a response which will undoubtedly please the Chinese government. It may be that silence is the cost of a future trade deal with China – a stance which has changed from under the leadership of Theresa May, where Jeremy Hunt was fairly outspoken on Hong Kong while foreign secretary.

For a post-Brexit Britain, there will undoubtedly be some economic opportunities, but there is a cost. Outside of the EU, Britain is a much smaller power on the global stage, both economically and politically.

To secure those all-important trade deals, Britain will have to decide what pay-offs it is willing to make. For all his bluster, Johnson may have to swallow some uncomfortable truths and some uncomfortable compromises. Whether he can sell those at home is another matter.

The size of the Conservatives’ victory will hammer the final nail in the coffin of the hopes of those in the EU, and in the UK, who wanted a reversal of Brexit. Johnson is not a popular man in Europe, but Brexit fatigue has made his European counterparts keen to work with him to get Brexit finished. While securing a trade deal with the EU by the end of December 2020 will be tricky, it is also in the EU’s interest to make sure that trade remains smooth.