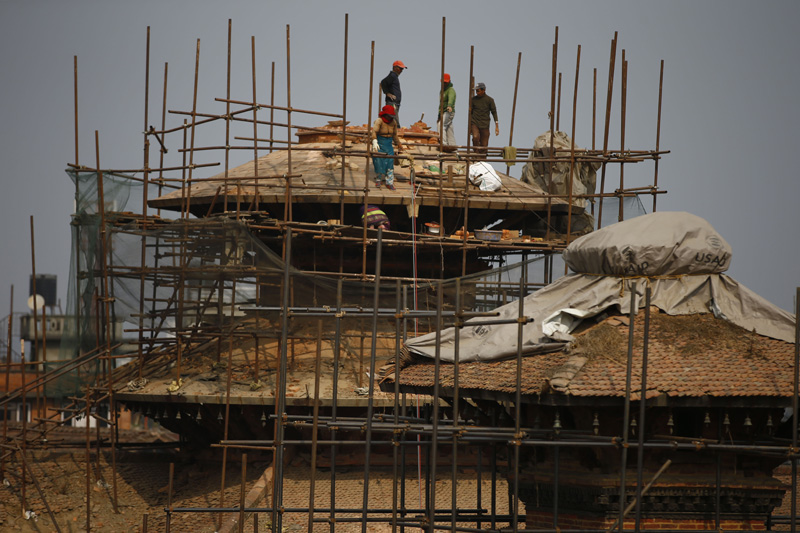 KATHMANDU, Xinhua — Nepal’s National Reconstruction Authority (NRA) said that it had achieved 83 percent progress on average in the post-earthquake reconstruction.

The NRA established to fast track the reconstruction process entered into the fifth year on Wednesday.

The deadly earthquakes on April 25 and May 12 in 2015 in the country claimed the lives of 8,790 people while injuring 22,300 others, damaging private and public properties worth 7.06 billion U.S. dollars, according to the Post Disaster Need Assessment made by the Nepali government in collaboration with foreign donors.

Nearly 900,000 individual houses were either fully or partially damaged while a large number of public infrastructure including schools, health posts, offices of security agencies and heritage sites were also damaged.

NRA Chief Executive Officer Sushil Gyawali told media here on Thursday that the reconstruction of 69 percent individual houses and other public infrastructure has already been completed.

“The reconstruction is undergoing in 14 percent individual houses and public infrastructure. The combining progress of the completed and under-construction works stands at 83 percent.”

The NRA said that it had spent 2.93 billion U.S. dollars to achieve the progress so far with the resources from the Nepali government, donors and non-government organizations. Foreign donors committed a total of 4.1 billion U.S. dollars to help Nepal to reconstruct its infrastructure at an international conference held in Nepal in May 2015 to raise funds. China and India are the two largest donors while the World Bank and Asian Development Bank had also pledged handsome amount for post-quake reconstruction in Nepal.

The NRA said that it still needs additional 2.62 billion U.S. dollars to complete the remaining work of the reconstruction.