The new map of India has in no manner revised our boundary with Nepal : Raveesh Kumar – South Asia Time

The new map of India has in no manner revised our boundary with Nepal : Raveesh Kumar 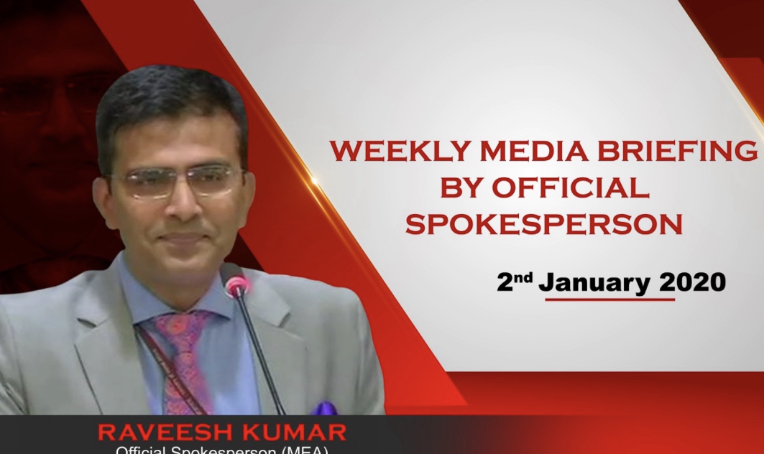 PTI , NEW DELHI: India on Thursday said the new map issued by it in November 2019 accurately depicts its sovereign territory and it has in no manner revised its boundary with Nepal. MEA spokesperson Raveesh Kumar made the assertion while responding to a question on whether the Kalapani border issue was discussed between Prime Minister Narendra Modi and Nepalese Prime Minister KP Sharma Oli during their telephonic conversation on Wednesday. PM Modi on Wednesday held telephonic conversations with top leaders of Bhutan, Sri Lanka, Bangladesh, Nepal and The Maldives, conveying New Year greetings and emphasising India’s commitment to regional peace and security as well as the ‘neighbourhood first’ policy. Nepal had in November said the Kalapani area situated in the country’s far-West lies within the Nepalese boundary, after India issued new political maps reportedly showing the region as part of its territory. “Our map accurately depicts the sovereign territory of India. The new map has in no manner revised our boundary with Nepal,” Kumar said at a media briefing on Thursday. “The boundary delineation exercise with Nepal is ongoing under the existing mechanism. We reiterate our commitment to find a solution through dialogue in the spirit of our close and friendly bilateral relations,” he said. Kumar said no official comment has been received from the Nepalese side on the matter.