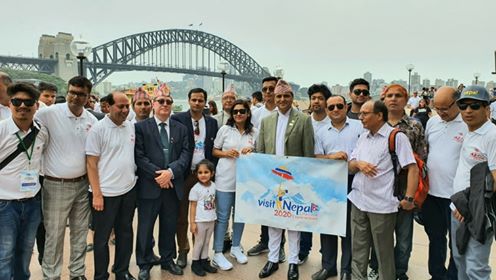 London — Local police in Sydney have stopped a rally in the city aimed at publicising the Visit Nepal 2020 campaign.

The rally, which had to be cancelled after the city council said it could not go on because the organisers had not sought government permission for the event.

The rally was being organised with a commercial motive and as a large number of people were participating, it would create obstacles for pedestrians, New South Wales police said.

However, Minister Bhattarai wrote on Facebook that the news reports regarding the tourism campaign were misleading and aimed at hurting ties with Nepal’s friendly partner Australia. “Such misleading reports also tarnish our country’s prestige,” he said.