Former ambassador of Nepal to the U.K., Murari Raj Sharma, passes away 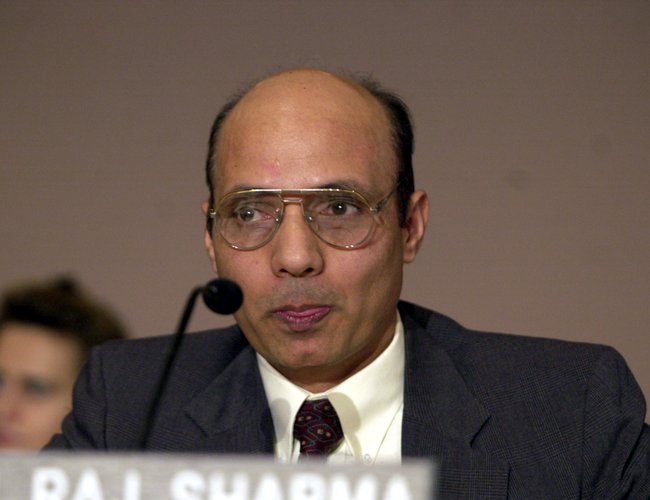 London — Former ambassador of Nepal to the  United Kingdom,  Murari Raj Sharma, passed away on Tuesday in Putney , London at the age of 68 due to cardiac heart attack, family sources said.

He was living  in London since he was called back when he was serving as Nepal’s ambassador to the United Kingdom in 2008.

Sharma, who served as  foreign secretary and former Nepalese Representative to the United Nations, started his career from the Ministry of Finance. He later moved to foreign ministry as a joint secretary.

Sharma was also accredited to Argentina, Brazil, Chile, Cuba and Venezuela. Winner of several prizes, including the prestigious Mainali Short Story Prize of Nepal, he had co-authored the book entitled Reinventing the United Nations and is also the author of Murari Adhikari’s Short Stories.

In 2006, he chaired a high level task force that reviewed Nepal’s foreign policy in the new political context and presented the report with several far-reaching recommendations to the Government of Nepal; the recommendations are being gradually implemented.

As Chairman, he was responsible to conduct the intergovernmental negotiations on the budget, structure, and human resources of the United Nations, something he did very successfully and on time, a rarity at the world body. In his capacity as Vice President of the General Assembly, he presided over the Assembly’s function to congratulate the then UN Secretary-General Kofi Annan upon his receiving the Nobel Prize, and many other important activities including the launching of the Year of Mountains. As Vice President of ECOSOC, Sharma was responsible for the Coordination Segment,and he performed his responsibility very successfully, New Spotlight newsmagazine writes.

Sharma also led, and participated in, Nepal’s delegation to important international conferences. Notable among the delegations he led were the Almaty Conference on Landlocked Developing Countries and the follow-up conferences on HIV/AIDS, Children and Social Development, he also participated in such world conferences as on Human Rights in Vienna, on Population in Cairo, on Social Development in Copenhagen, on Sustainable Development in Johannesburg, on Women in Beijing, and on Least Developed Countries in Rabat.