London — Liverpool Nepali society handed over the donation amount to ‘So The Child May Live’, a charity that also works with Alder Hey Children’s Hospital and Charity to help to improve the care for children with cancer at Kanti Children’s Hospital. 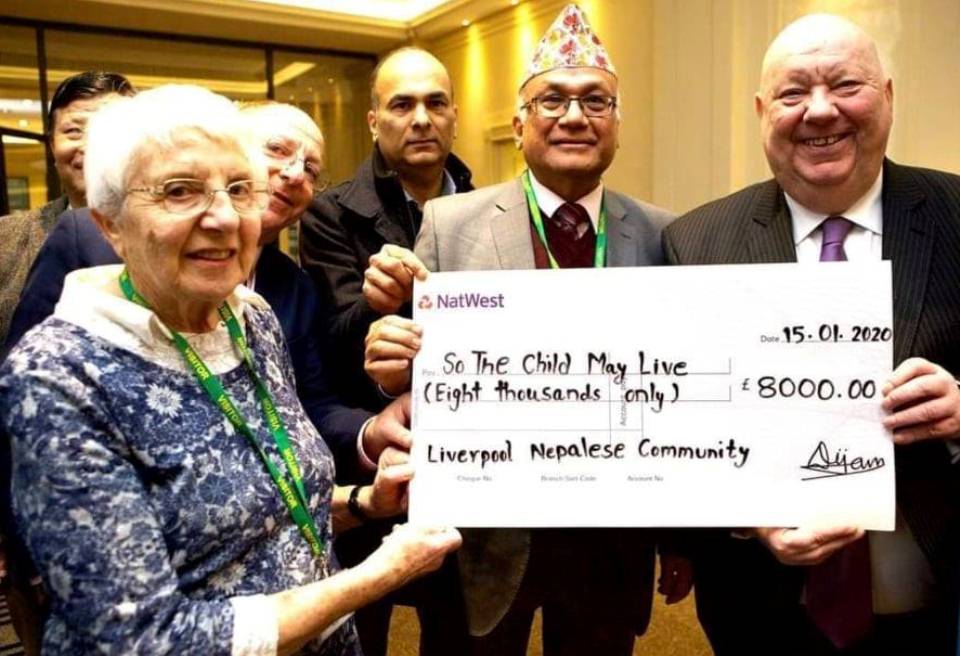 The members of Liverpool Nepali Society had initially collected £8,000 by organizing cultural events in Liverpool in November last year. After knowing the fundraising campaign, the mayor of Liverpool also donated an additional £3,000 to the society.

Moreover, the British government has also pledged to provide another £8,000 to support help improve the care for children with cancer at Kanti Children’s Hospital through the ‘So The Child May Live’.

“It is a matter of pleasure to share that there is a total pledging of £19,000 as of now to help improve the children with cancer at Kanti Hospital,” the Liverpool Nepali Society said in its recent statement.

Members of the ‘So The Child May Live’ are all set to visit Nepal later this month to join hands with “World Child Cancer’, another renowned charity.

As part of the campaign entitled “Close the Cancer Gap”, the children with cancer of all seven provinces will be extended various supports.