Time has come to resolve all pending issues between India and Nepal through dialogue: Oli – South Asia Time

Time has come to resolve all pending issues between India and Nepal through dialogue: Oli 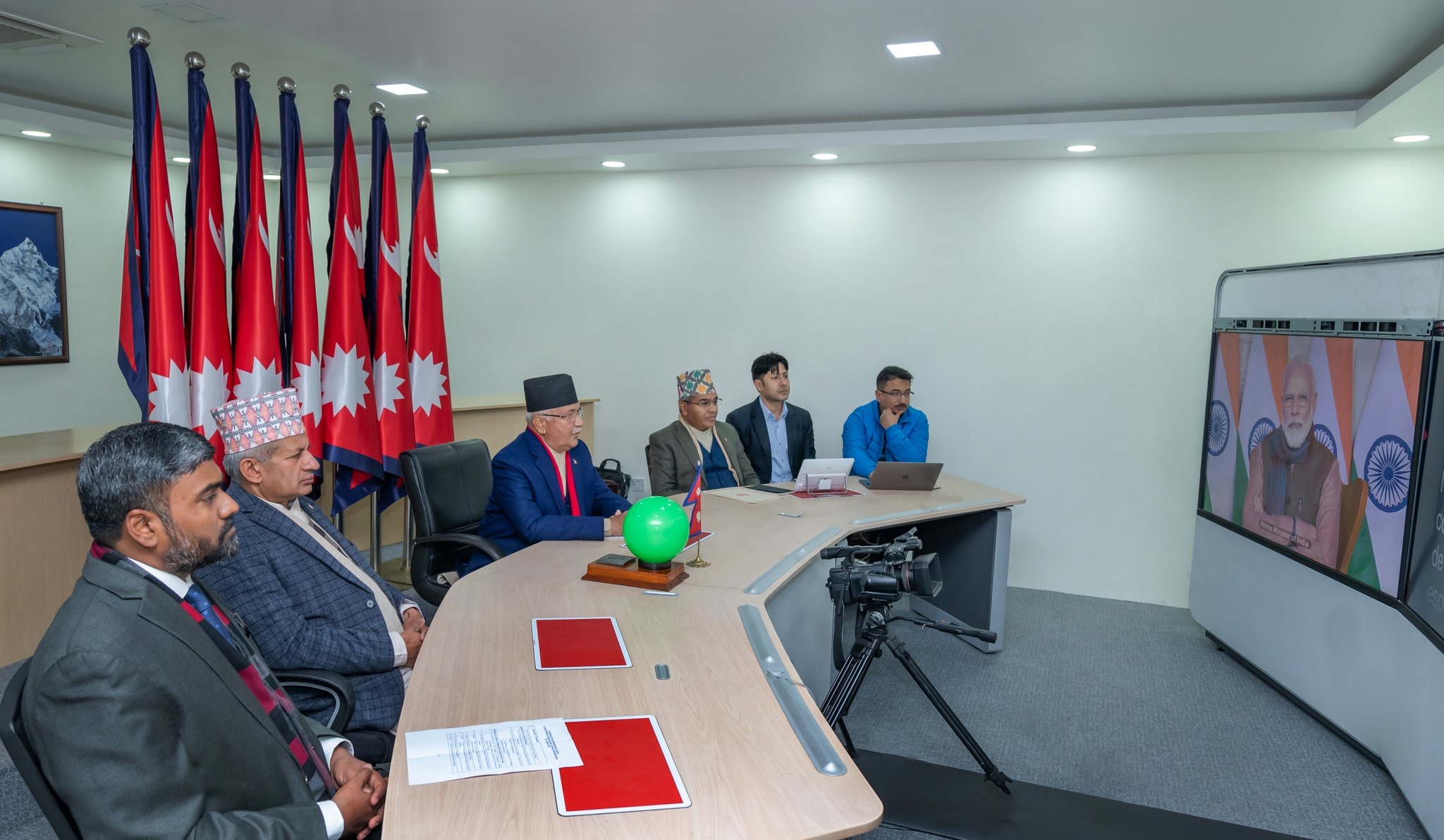 The project, which will improve bilateral trade and people-to-people contact, was launched by the two leaders via a video link.

During the joint inauguration through video conference, PM Narendra Modi said increasing cross-border connectivity is one of the main goals of his government’s ‘neighbourhood first’ policy, India Today writes.

“Neighbourhood first has been my government’s priority. And increasing cross-border connectivity is one of the main goals of this policy. The importance of better connectivity increases even more when it comes to India and Nepal because our relationship is not just neighbourly. History and geography have connected us with nature, family, language, culture, progress and many more threads,” PM Narendra Modi said at the inauguration.

This is the second ICP on the Nepal border. The first was built at the Raxaul-Birgunj border in 2018.

The first phase of construction of the Integrated Check Post (ICP) saw completion of Birganj and Biratnagar in 2018.

“The introduction of ICP in Biratnagar is a matter of great pleasure. This facility is already available in Raxaul and Jogbani towards India,” PM Narendra Modi said.

Nepali Prime Minister KP Sharma Oli on Tuesday extended an invitation to his Indian counterpart Narendra Modi to visit Kathmandu, saying that the visit would provide the two countries to chart the course of action for the future.

Oli extended the invitation via video conferencing during the inauguration of the Integrated Check Post (ICP) at the Jogbani-Biratnagar border. “I would like to renew my cordial invitation to you to pay a visit to Nepal at your earliest convenience. Your visit will provide us an excellent opportunity to review the achievements made and chart the course of action for the future,” Oli said.

Oli said that the time has come to resolve all pending issues between India and Nepal through dialogue in the lasting interest of the two countries, and asserted that his government is committed to working with New Delhitowards this end.

A video showcasing the remarkable progress in the Indian government-assisted post-earthquake housing reconstruction projects in Nepal was also screened during the inauguration.

The Indian government had committed to building as many as 50,000 houses in Gorkha and Nuwakot districts, of which 45,000 have already been built, the Prime Minister’s office said.