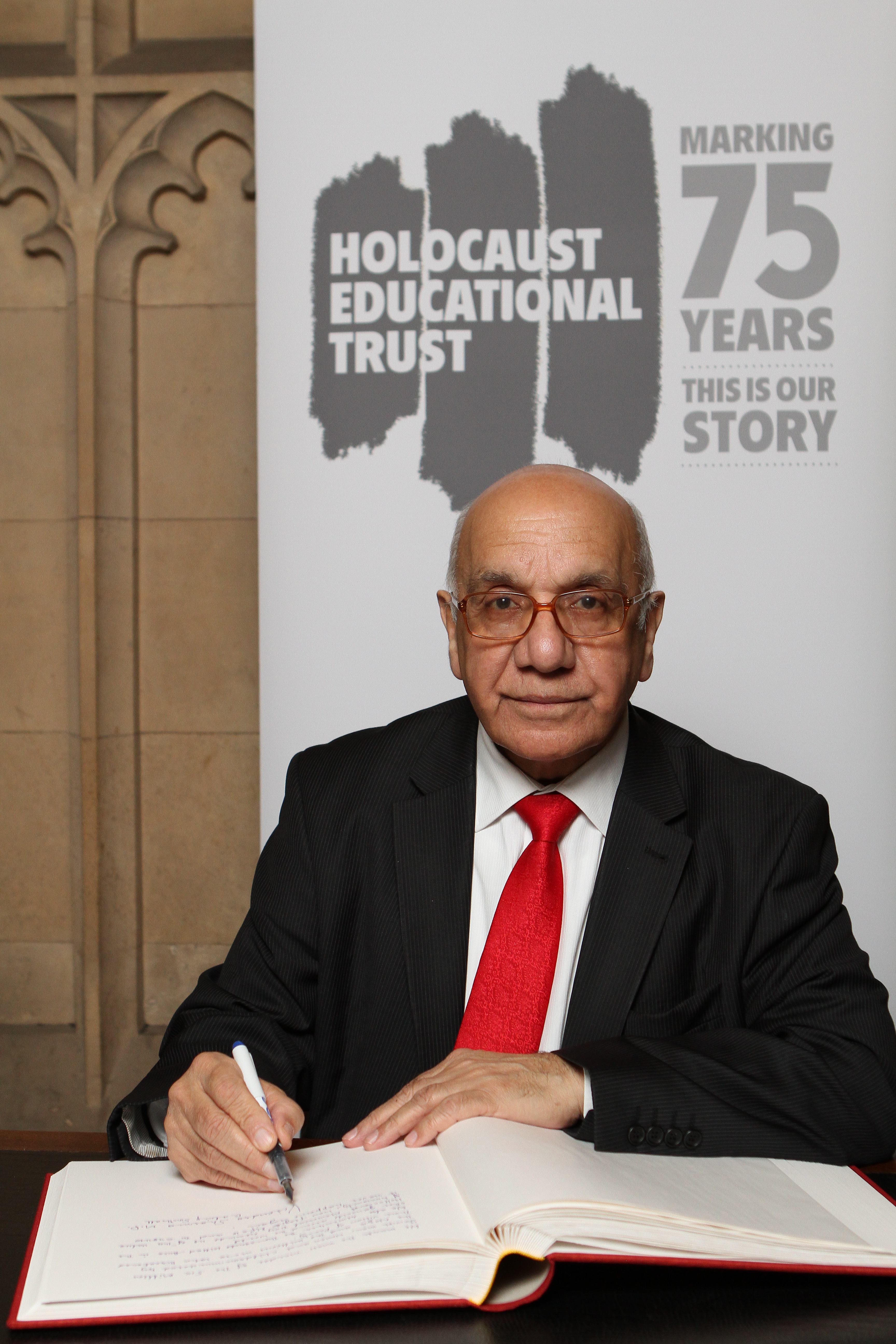 London — This week Virendra Sharma MP signed the Holocaust Educational Trust’s Book of Commitment, in doing so pledging his commitment to Holocaust Memorial Day and honouring those who were murdered during the Holocaust as well as paying tribute to the extraordinary Holocaust survivors who work tirelessly to educate young people today.

In the lead up to and on Holocaust Memorial Day, thousands of commemorative events will be arranged by schools, faith groups and community organisations across the country, remembering all the victims of the Holocaust and subsequent genocides. The theme for this year’s commemorations is ‘Stand Together’.

After signing the Book of Commitment, Virendra Sharma MP commented:

“Holocaust Memorial Day is an important opportunity for people from Ealing, Southall to reflect on the darkest times of European history. As the Holocaust moves from living history, to history, it becomes ever more important that we take the time to remember the six million Jewish victims and also pay tribute to the survivors.”

“As the Holocaust moves further into history, it falls on all of us to ensure that their stories and the stories of the 6 Jewish million men, women and children brutally murdered by the Nazis, are never forgotten. We all have a duty to remember the Holocaust and to stand up against antisemitism and hate, now more than ever.”