NEPAL INVITES MODI, IMRAN FOR THE DIALOGUE OF SAGARMATHA 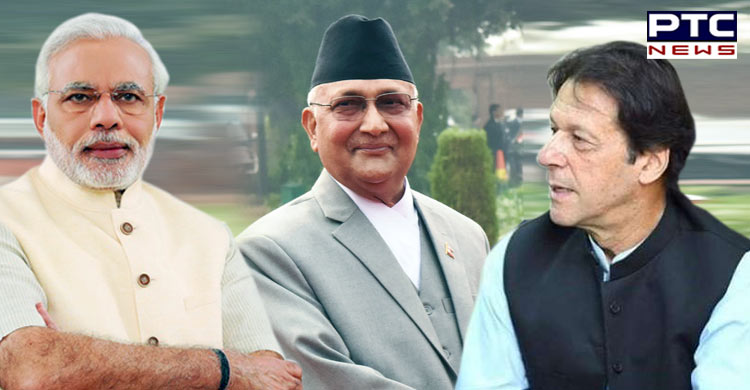 Kathmandu — Nepal has invited the prime ministers of India and Pakistan along with several other heads of state and heads of state for the Sagarmatha Sambaad, officials in Kathmandu have confirmed.
The first multi-stakeholder dialogue event is expected to be the largest diplomatic initiative in the recent history of Nepal, in which many global figures will participate alongside the leaders of the member states of the South Asian Association for Regional Cooperation (SAARC).

“Invitations have been sent to more than 150 foreign guests, including government leaders and heads of state, ministers, business leaders, media, members of multilateral organizations, think tank experts, academics, civil society leaders and activists,” said a source who informed work of the Sagarmatha Secretariat of the Ministry of Foreign Affairs of Nepal. The officer also confirmed that other SAARC leaders have also been invited.

An Indian source has confirmed that South Block has received the invitation from Kathmandu, the people’s review writes.

Nepal’s Foreign Ministry, led by Pradeep Kumar Gyawali, has taken the lead in the event scheduled to focus on the threat of climate change to the modern world. Given the large number of world leaders, the event is expected to serve as a location for bilateral interaction between leaders from different countries.

India and Pakistan have become entangled in a cycle of hostility, as a result of which Islamabad could not have organized the SAARC summit in 2016. The event in Kathmandu aims to attract all SAARC leaders and provide the opportunity to break the ice. India had accused Pakistan of cross-border terrorism during the boycott of the Islamabad summit that led to its cancellation.

Earlier last week, the Foreign Ministry announced that India has invited all heads of government from the member states of the Shanghai Cooperation Organization, including Prime Minister Imran Khan, to the heads of government of the SCO that will be organized later in New Delhi. 2020.

The Sagarmatha Sambaad from 2 to 4 April will also emphasize Nepal’s ability to assert its position to the global public with officials who say the event is expected to become a global and regional diplomatic venue.