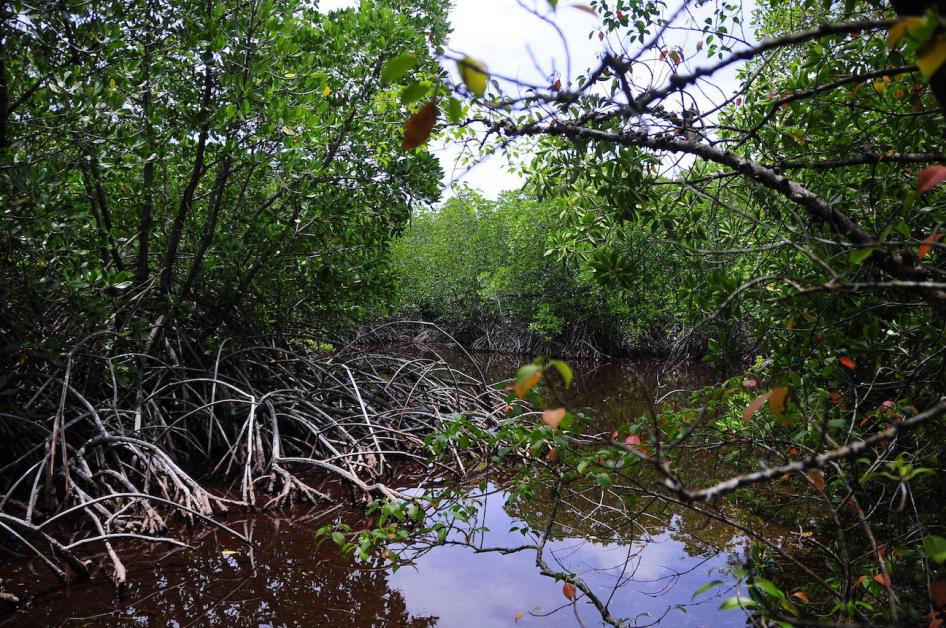 HRW, (New York) – The Maldives government should preserve a mangrove forest that helps protect local residents against increased risks from flooding and coastal erosion, Human Rights Watch said today. A large portion of the mangrove forest on the northern island of Kulhudhuffushi was previously destroyed to build an airport, and authorities are now considering plans to reclaim the remaining area for development after the island was upgraded to city status.

“The Maldives government will be putting more islanders at risk of their lives and livelihoods from flooding if they destroy more mangroves,” said Patricia Gossman, associate Asia director. “The Maldives are already at serious risk from the effects of climate change, and the authorities should be taking urgent steps to protect island communities facing further harm.”

Mangroves provide a natural protection against flooding, tsunamis, and other disasters. Kulhudhuffushi city has grown more vulnerable since 70 percent of the island’s mangroves were bulldozed to make way for a new airport in 2018. In December 2019, the island experienced serious flooding during heavy rains. Residents of Kulhudhuffushi told Human Rights Watch that flooding on the island has become more frequent and affects more homes than had been the case in previous years. They said areas adjacent to the destroyed natural mangrove buffers were the ones worst hit by the floods.

A 2017 environmental impact assessment had raised concerns about irreversible damage from the airport construction, as had local community activists, particularly women whose businesses depend on natural resources from the mangroves and adjacent palm forest. Despite these concerns, then-President Abdulla Yameen expedited the airport project before the 2018 presidential elections. Maldivian activists alleged that Thoriq Ibrahim, the environment minister at the time, overrode a decision by the Maldives Environmental Protection Agency, a quasi-independent government agency that reviews projects based on environmental impact assessment reports, not to issue a permit for the airport construction.

President Ibrahim Mohamed Solih’s government has pledged to ensure that environmental impact assessments are sound and their recommendations followed, but is currently considering a proposal to remove the remaining mangroves. In March 2019, the environment ministry accepted an offer by the Mangrove Action Project, an international nongovernmental organization, to help preserve the Kulhudhuffushi mangroves. Experts from the organization recommended that the government undertake conservation measures, including restoring the hydrology of the mangroves to protect the island from flooding.

The Maldives are one of the most vulnerable countries on earth to climate change, with the projected global sea-level rise potentially inundating many of its approximately 1,200 islands. With flooding, erosion, and other ecological disasters on the rise, mangrove forests and coral reefs are one of the Maldives’ most important natural protections against these extreme weather events.