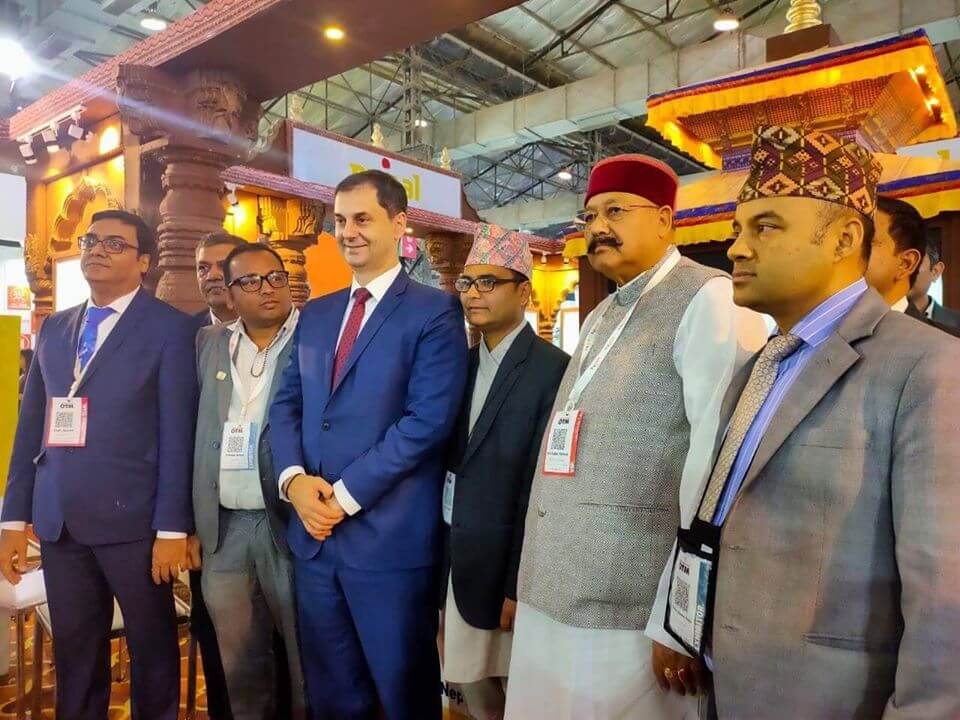 In order to make more publicity and awareness for Nepal, specially designed cotton bags with VNY logo were distributed from organizers desk to trade visitors , advertisement was carried out in a trade magazine, billboards were displayed at the premise of the venue and Nepal was accorded one of the partner country status.

The fair is considered to be one of the largest trade exhibition in Asia pacific which not only opens for network with trade visitors, corporate houses but also provide immense avenues for updating on latest trends and practices with parallel sessions on digital marketing, cinema tourism, wedding, MICE and sustainable tourism practices.

Attending the show, there were more than 20,000 buyers including corporate houses and incentive tours, 1100 sellers from 55 countries as well as other travel companies from different states of India as per data provided by OTM organizer.

NTB has been organizing a series of business events in more than a dozen cities which has led to rise of Indian visitors by 25% in 2019 compared to previous year.