WHO chief warns against coronavirus conspiracy theories and misinformation 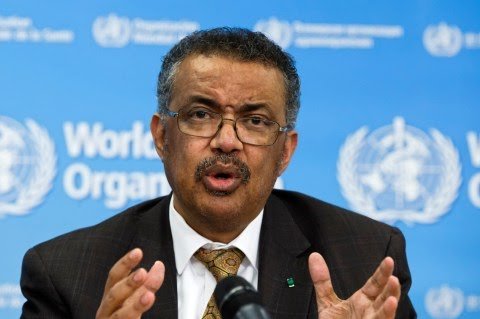 London — The director general of the World Health Organisation (WHO) says people need access to accurate information to protect themselves in the coronavirus outbreak.

"We are asking them to filter out false information and promote accurate information from credible sources like WHO, CDC and others. And we thank them for their efforts so far"-@DrTedros #2019nCoV

As well as battling the virus, Dr Ghebreyesus said health chiefs are also fighting back against trolls and conspiracy theorists who are undermining the WHO’s response.

Several coronavirus conspiracy theories have spread online with Russia’s Channel One claiming President Trump and the US government is behind the outbreak, while claims people should keep their throats moist, avoid spicy food and load up on Vitamin C to avoid the virus have all been proved to be false.

The WHO is also asking social media companies to filter out fake news, while appealing to influencers to spread factual messages to their followers, particularly in the Asia-Pacific region.

China’s virus death toll rose by 89 on Sunday to 811, passing the number of fatalities in the 2002-2003 Sars epidemic, but fewer new cases were reported.