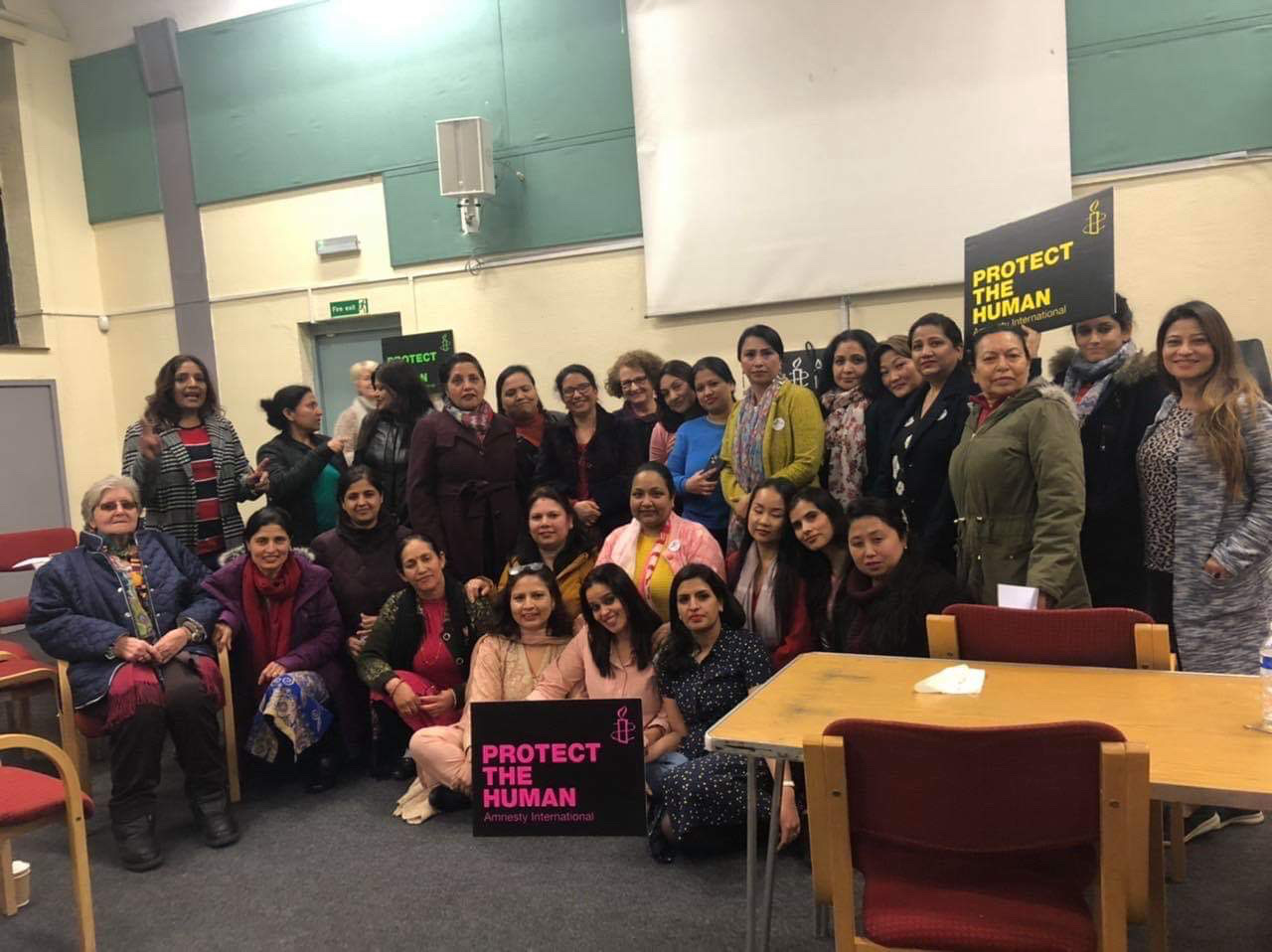 More than 65 women participated in the programme including human right workers, social activists and local organizationssuch as Berkshire Women Aid and Community Connections.

The programme was mainly focused on analyzing the Nepalese women’s human rights issues, legal rights and the improvements that are needed.

Hillary Withey, from Amnesty International in Reading, welcomed all participants and highlighted the objectives of the workshop. She also explained about international practices on human rights, law and the rights that every single person has which is to live without discrimination and violence.

In the workshop Prerana Dahal, raised issues about domestic violence in the UK in the Nepalese community due to early marriage, forced marriage and lack of awareness and confidence being educated.

In the second session of the workshop, several small groups were formed to discuss the issues and that concluded the workshop. Kalpana Pandit coordinated the group discussion.

Among the participants: Chandra Bernwal, Tulsa Subedi, NirjaThapa, Sapana Subedi, Nisha Sharma, Nirmala Neupane, Sun Maya Gurung, Nabita Niraula, Sherya Poudel, Subha Adhikari, Goma Maheli, Janaki Kayatha gave the feedback of the workshop.
All participants agreed that the workshop was educational and were keen to see more of these workshops as they felt it would increase awareness in the Nepalese community and that in turn could help to improve the human rights situation in Nepal. They also suggested that these programmes should be organised frequently and including male participants. There was a moment when all participants became emotional while discussing the sacrifices women make for the sake of the family or the community as this clearly resonated with them. 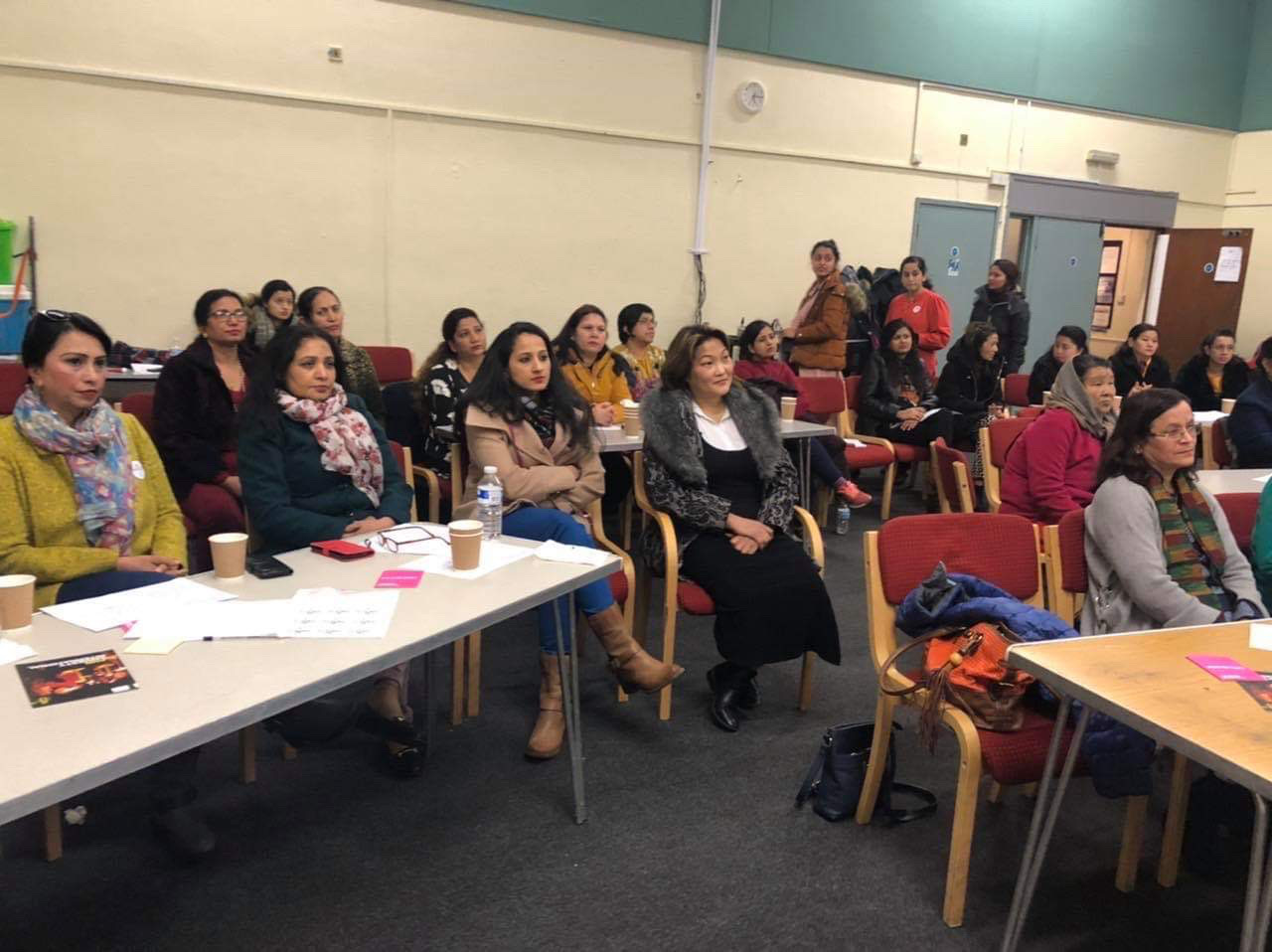 Community worker Kopila Sitaula, concluded the programmeand thanked all participants and organisations who helped to organise this workshop. She also stressed not to discriminate between sons and daughters and to educate and raise children with morals and skills to face challenges in society regardless of gender.

The workshop was initiated by Hillary Withey, Andrea Roach, Durga Dhakal, Kopila Sitaula, Venus Rijal, Kalpana Pandit and Mamata Karki. Venus Rijal played a vital role to look after all participants and management on the day along with ManitaGurung. Bandana KC and Mamata Karki were active inencouraging the participants to raise their voice.

In the beginning of the workshop, Durga Dhakal conveyed a message from the chairman of GRNCA, Tek Gurung wishing for the successful completion of the workshop. Tek Gurung, Bhimsen Khadka and Mani Subedi from GRNCA played a great role in supporting the programme.