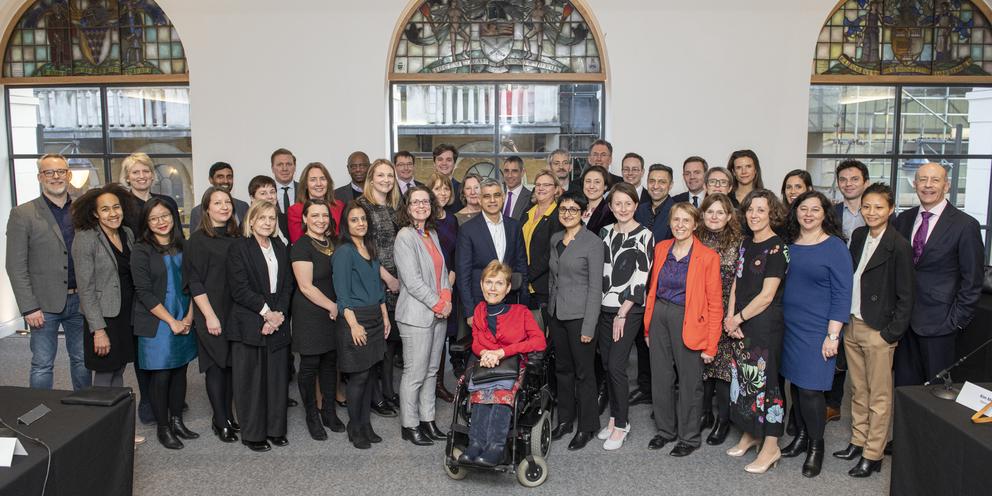 Sustainable growth in London is dependent on a diverse and inclusive workforce which reflects the city it serves – however many of London’s communities have long been under-represented in the industry.

The report identifies a range of socio-economic factors which act as barriers to entering the infrastructure industry. They include the industry having a ‘white male’ image, which is reinforced by a lack of exposure to the sector through school careers guidance.

Recommended measures to address this include proactive outreach and mentoring initiatives, as well as better advertising of work experience placements.

More specifically, the Mayor is committing to using his existing London Enterprise Adviser Network to reach every London primary school over the next three to promote the infrastructure sector and highlight ways in which under-represented communities can make their way into infrastructure careers, a press release from the Mayor office stated.

Sadiq has also  launched his new Infrastructure Advisory Panel (IAP), comprising 43 leading figures from the infrastructure and development field who will advise the Mayor on a range of issues. The membership of the panel is 30 per cent BAME and 70 per cent women.

The Mayor of London, Sadiq Khan, said: “In a city as dynamic as London, our infrastructure should be the envy of the world – a vital way of ensuring it’s as good as it possibly can be is to help the sector reflect the range of talent in the capital.

“That’s why I’m proud to announce the steps we’ll be taking to help increase diversity and inclusion in the infrastructure sector.

“I’m clear that your background should never be a barrier to what you can achieve – and I’m determined to do all I can to help London’s best and brightest make use of their skills across this important field.”

The Mayor is also launching measures to help the infrastructure sector cut congestion and disruption to Londoners:

·                street works pilot schemes will launch in Tower Hamlets and Hackney to promote a ‘dig once’ approach to road and utility works to reduce the amount of disruption to Londoners;

·                a new service – coordinated by City Hall’s infrastructure team – being piloted in Westminster, Tower Hamlets and Croydon to help the public and private sector organise infrastructure works for development together;

·                the launch of the third version of the Infrastructure Mapping Application (IMA), which helps transport providers, utility companies, boroughs and contractors coordinate roadworks and supports better planning for new homes and businesses.

These measures are aimed at promoting good growth and tackling the huge cost of congestion in London. In 2016, it was estimated that congestion cost the capital £6.2 billion and this is forecast to rise to £9.3 billion by 2030.

Deputy Mayor of Tower Hamlets for Planning, Air Quality and Tackling Poverty, Councillor Rachel Blake, said: “It’s fantastic to be using innovative new ways to co-ordinate infrastructure delivery in Tower Hamlets. Working with the GLA and utility companies we are reducing costs and delays on our roads, making our borough a better place to live for our residents.

“As one of the first councils to declare a climate emergency, this is another positive step in reducing the environmental impacts of infrastructure and development. We hope that we can show the way forward for all Local Authorities through this creative and collaborative approach”.

Head of HR at Ofwat, Sarah Lal, said: “Ofwat is committed to ensuring its communities are supported by organisations that are inclusive and representative to protect the interests of customers. I’m delighted to be part of this initiative so that Ofwat can lead by example.

“The report includes cross-company reverse mentoring with diverse employees and senior leaders and to provide every primary school-aged child in London with the opportunity for meaningful encounters with professionals in the sector. Working together to deliver the pledges outlined in today’s report will help make changes for the better within the infrastructure sector.”

Director of Connections at UK Power Networks, Mark Adolphus, said: “Following a new collaborative approach to planning,  UK Power Networks have been working with Tower Hamlets’ street works team, Cadent, Thames Water and TfL to identify a number of projects where joint working will enable cost savings and a significant reduction on the number of excavation days needed in the area.”

Area Director for London at the Environment Agency, Charlotte Wood, said: “Using the IMA with the GLA and working with the network of users has led to many conversations with infrastructure providers and local authorities around collaboration and delivering good growth in London. These conversations would not have happened as early, or perhaps at all, without the IMA and the GLA highlighting the opportunities. It’s a fantastic tool and great network to be part of.”