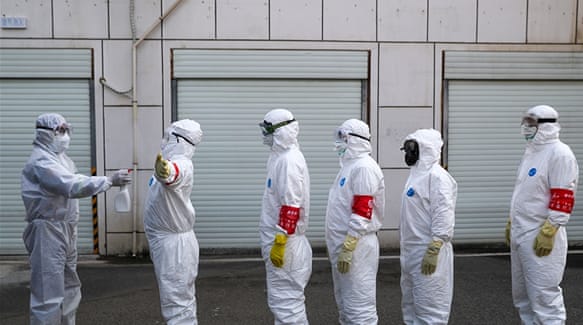 London — The World Health Organization (WHO) has said the coronavirus outbreak has not reached the level of a pandemic but warned countries to step up preparations to deal with such a scenario, as new deaths and infections were reported in the Middle East and Europe, Aljazeera reported.

While the global health agency is very concerned about the spread of the virus within countries such as South Korea, Iran and Italy, its chief said on Monday the infections in China – the country where it originated late last year – have been declining since early February, which proved that the virus can be contained.

He added, however, that countries should be “doing everything we can to prepare for a potential pandemic.

“What we see are epidemics in different parts of the world affecting countries in different ways and requiring a tailored response.”

The WHO chief’s comments came as officials in Europe and the Middle East scramble to limit the spread of the outbreak and stock markets dipped on fears of a global slowdown due to the spread of the viral infection, officially known as COVID-19.

In Italy, where there have been more than 200 infections and seven deaths, authorities have set up roadblocks, called off football matches, sealed off the worst-affected towns and banned public gatherings across a wide area.

Al Jazeera’s Mohammed Jamjoom, reporting from central Milan in northern Italy, said there appeared to be a sense of alarm but not panic.

“People are taking precautions … but they are still out and about,” he said. “All that being said though, people are concerned because there were just a handful of cases last week and in the past few days they have spiked.”

In Iran, the government said 12 people had died nationwide, while five neighbouring countries – Iraq, Kuwait, Bahrain, Oman and Afghanistan – reported their first cases of the virus, with those infected all having links to Iran. A WHO team is due to arrive in Iran on Tuesday.

South Korea, meanwhile, reported 231 new cases, taking its total to 833. Many are in its fourth-largest city, Daegu, which became more isolated with Asiana Airlines and Korean Air suspending flights there until next month. Mongolia earlier announced it would not allow flights from South Korea to land.