Twenty people have died in sectarian riots of New Delhi 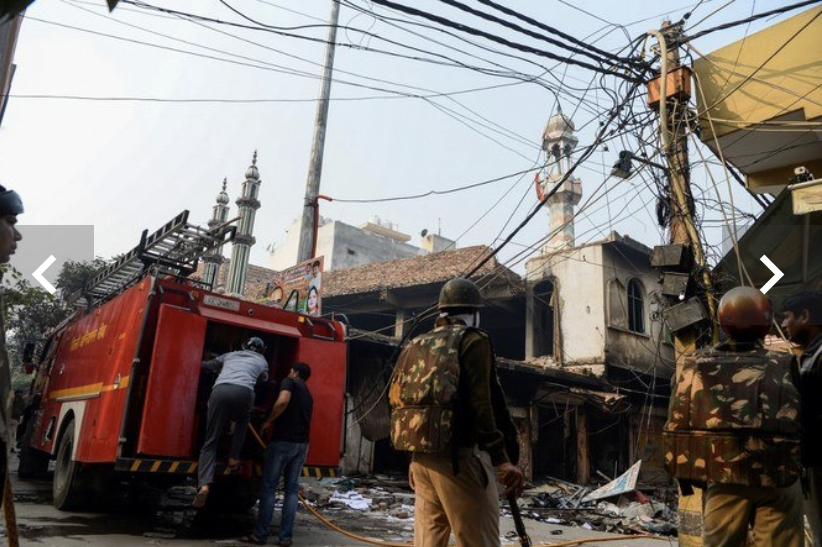 AFP, NEW DELHI: Twenty people have now died in days of sectarian riots in New Delhi, with 189 people wounded including around 60 by gunshot, the director of the hospital treating most of those affected said Wednesday.“The death toll stands at 20, 189 people are undergoing treatment at the hospital. Around 60 have gunshot wounds,” Sunil Kumar from the Guru Teg Bahadur hospital told AFP.

Police used tear gas, smoke grenades and pellets, but have struggled to disperse stone-throwing crowds involved in the violence that spiraled out of control on Monday.The clashes, which coincided with a visit to India by US President Donald Trump, erupted between thousands demonstrating for and against the new citizenship law introduced by Prime Minister Narendra Modi’s Hindu nationalist government.India’s capital has been the epicenter of unrest against the Citizenship Amendment Act, which makes it easier for non-Muslims from some neighboring Muslim-dominated countries to gain Indian citizenship.Critics say the law is biased against Muslims and undermines India’s secular constitution. The ruling Bharatiya Janata Party has denied it has any bias against India’s more than 180 million Muslims.Reuters witnesses saw mobs wielding sticks, pipes and stones walking down streets in parts of northeast Delhi on Tuesday, amid incidents of arson, looting and stone-throwing. Clouds of black smoke billowed from a tire market that had been set alight in the area, as fire trucks rushed to control the blaze.Shots could be heard in the area and many of the wounded had suffered gunshot injuries, hospital officials said.However, there were no immediate reports of any fighting on Wednesday.“The situation is relatively better than yesterday in the violence hit areas,” Atul Garg, the director of the Delhi fire department told Reuters on Wednesday, adding the fire department had stationed additional vehicles in the area and senior officials are camping there.“There are no rioters on the streets and our vehicles have been able to reach the area,” he said.