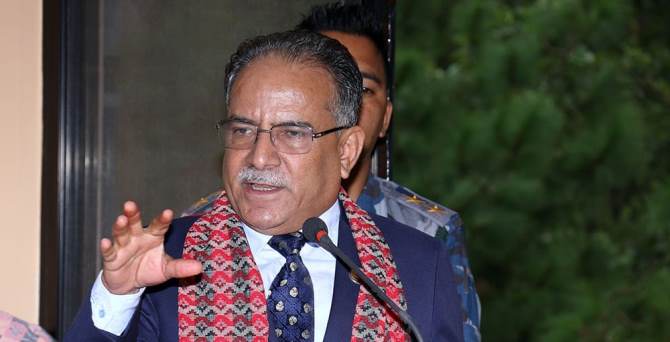 RSS, Chautara — Chairman of ruling Nepal Communist Party (NCP) Pushpa Kamal Dahal ‘Prachanda’ has clarified that the MCC could be passed only after amending some provision.

In a press meet organized by the Press Organization Nepal, Chairman Dahal shared that the US and Nepal were enjoying age-old friendship but the pact could not be accepted without amending some provisions. Prachanda said “The agreement won’t be approved compromising national interest.”

He further added that the MCC would be approved from the parliament following the recommendation of study task force formed by the party.

The NCP had formed a three-member study team led by former Prime Minister and senior leader Jhalanath Khanal. The team has also submitted its report to party Chair duo Dahal and KP Sharma Oli recommending amendments in some provisions.

On a different note, he clarified that the party Vice Chair Bamdev Gautam would be recommended to the National Assembly Member. Chairman Dahal arrived here yesterday to inaugurate Sukute tourism festival.