London —Chancellor Rishi Sunak -unveil a £30bn stimulus for the UK economy as it prepares to be buffeted by the worldwide impact of COVID-19.

Mr Sunak warned of “temporary disruption” to the UK economy, with predictions that up to 20% of the workforce could be absent at any one time.

In response to the coronavirus outbreak, the chancellor pledged to give the NHS “whatever extra resources” it needs, Sky News Reported.

The #Budget2020 document is now online.

The key points of the Budget expert by This is Money :

-The Chancellor begins at 12.34 by addressing the novel coronavirus outbreak. ‘We will get through this together’ Sunak says. The Government is doing ‘everything it can’ to keep the UK healthy and financially secure’, he adds.

-Sunak said there is likely to be a ‘temporary disruption’ to the economy while up to a fifth of the working age population could be off at any one time.

-The total spent on fiscal stimulus measures to fight the impact of the virus will be £30billion. ‘One of the most comprehensive packages anywhere in the world’, Sunak says.

–Whatever extra resources the NHS needs to cope with the coronavirus ‘it will get’ he pledges, beginning with a £5billion emergency response fund.

-Sunak said statutory sick pay will be available for ‘all those who are advised to self-isolate’ even if they have not displayed symptoms. Businesses with less than 250 staff will get refunded for two weeks of pay if workers need to stay at home.

-The ‘Coronavirus business interruption loans scheme’ will support companies through the crisis with banks to offer loans of up to £1.2million to small and medium-sized businesses.

-For the coming year the ‘exceptional step’ of abolishing business rates for businesses with a rateable value below £51,000 will be taken.

-Sunak said statutory sick pay will be available for ‘all those who are advised to self-isolate’ even if they have not displayed symptoms. Businesses with less than 250 staff will get refunded for two weeks of pay if workers need to stay at home.

-The ‘Coronavirus business interruption loans scheme’ will support companies through the crisis with banks to offer loans of up to £1.2million to small and medium-sized businesses.

-For the coming year the ‘exceptional step’ of abolishing business rates for businesses with a rateable value below £51,000 will be taken.

-Sunak said research and development investment will be increased to £22billion a year.

-Science Institute in Weybridge, Surrey to get a £1.4bn funding boost

-There will be an extra £900m for research into nuclear fusion, space and electric vehicles.

-The Chancellor said he will establish Treasury offices in Scotland, Wales and Northern Ireland and open a new ‘economic campus’ in the north with over 750 staff.

-The Chancellor said ministers would publish a new remit for the independent Low Pay Commission to have a formal target of the National Living Wage reaching two-thirds of median earnings by 2024 ‘as long as economic conditions allow’ -a rate of more than £10.50 an hour.

-VAT charges on sanitary products widely known as the ‘tampon tax’ will be abolished.

-Sunak said he will introduce a ‘plastics packaging tax’ charging manufactures and importers £200 per tonne on packaging made of less than 30% of recycled plastic.

-The government will freeze the levy on electricity from April 2022 and raise the levy on gas to help tackle climate change.

-Corporation tax will remain at 19%

-The Chancellor announced VAT on digital publications including books, newspapers, magazines and academic journals is being abolished from 1 December.

-Sunak said the planned increase in spirits duty will be cancelled and that duties for beer, cider and wine drinkers will be frozen as well.

-Fuel duty will be frozen for another year.

-‘Red diesel’ tax relief scheme to be abolished ‘for most sectors’.

ROADS AND OTHER INFRASTRUCTURE

-£27billion to be invested in Britain’s road’s with 50 million potholes repaired.

-Spending on flood defenses is to be doubled. £120million available immediately to repair all defences damaged in the recent winter floods.

-£600billion will be invested over the next five years. ‘If the country needs it we will build it,’ Sunak says.

-Sunak said the Budget provides £5billion to get gigabit-capable broadband into the hardest to reach places and £510million of new investment for the shared rural mobile phone network.  He says that means 4G coverage will reach 95% of the country in the next five years.

-The Chancellor adds that ‘the OBR has said today’s Budget will be the largest sustained fiscal boost for 30 years.’

-Sunak said he is providing every region in the country with funding for special 16-19 maths schools, an average of £25,000 per year for secondary schools to invest in arts activities and £30million a year to improve PE teaching.

-The Chancellor said he is committing £1.5billion of new capital over five years to improve the further education college estate.

-Sunak announced £6billion of new funding to support the NHS over this Parliament.

-This will pay for 50,000 more nurses, 50 million more GP surgery appointments and work to start on 40 new hospitals, Sunak says.

-The Chancellor pledged a package of measures to benefit the NHS including clamping down on ‘aggressive tax avoidance, evasion and non-compliance’ with extra funding for the HMRC to secure £4.4billion of extra revenue.

-Sunak said the immigration health surcharge is being raised to £624, with a discounted rate for children.

-Sunak said the government will extend the affordable homes programme with a new multi-year settlement of £12billion.

-There will be £1.1bn from the Housing Infrastructure Fund to build nearly 70,000 new homes in high demand areas across the country, he says.

-He announced a £1billion ‘building safety fund’ to ensure all unsafe combustible cladding is removed from buildings above 18 metres tall.

–That’s equivalent to a forest larger than Birmingham, according to Sunak. 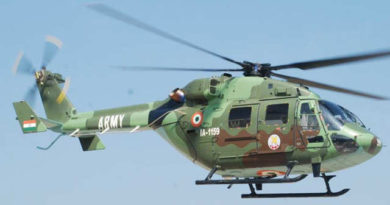 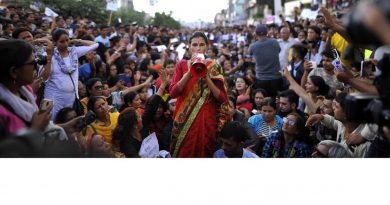 Nepal has made no progress on Justice for Conflict Victims: HRW 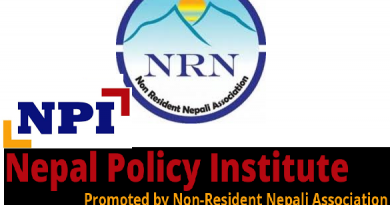