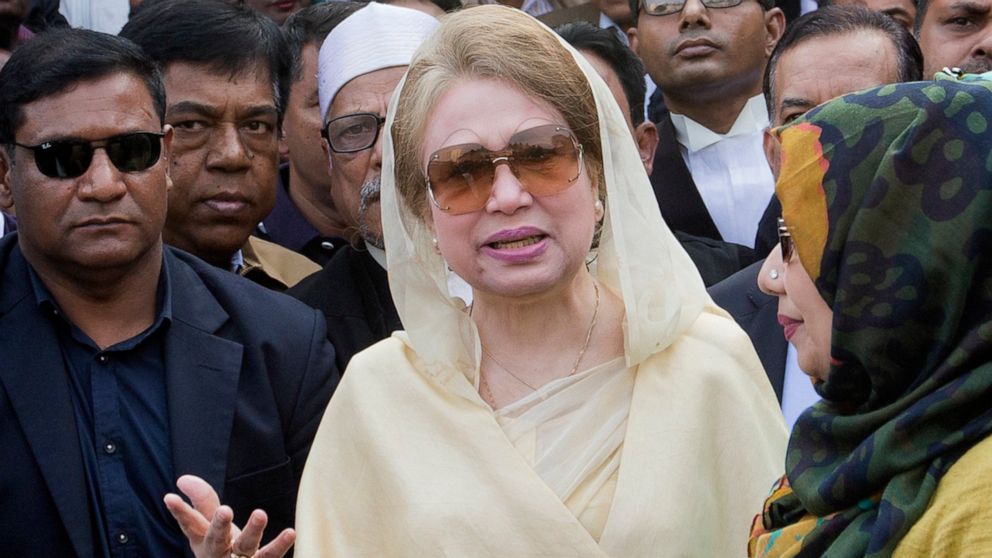 The 74-year-old was freed on Wednesday for six months to allow her to undergo urgent medical treatment, authorities said.

Reports suggested that the decision was taken in the wake of the coronavirus outbreak in the country.

Mrs Zia has been asked to stay in the capital, Dhaka, for treatment of her ailments. She is suffering from diabetes and arthritis.

Her family had appealed for her to be allowed to go to the United Kingdom for treatment.

Hundreds of Zia’s supporters greeted her in Dhaka – defying a government ban on public gatherings to contain the coronavirus pandemic.

The two-time prime minister was sent to jail two years ago after she was convicted in a corruption case. Her party, however, claimed that she was framed in a fabricated case.

Khaleda has been in prison since February 2018 after she was sentenced to a total of 17 years in two graft cases involving Zia Orphanage Trust and Zia Charitable Trust, www.bdnews24.com reported.