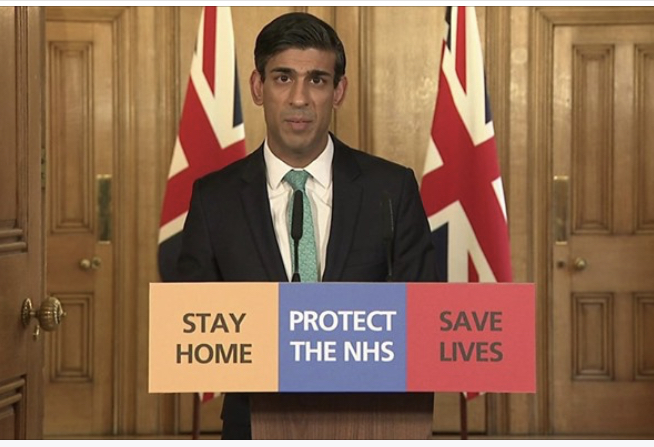 London—The British Finance Minister, Rishi Sunak, has said that self-employed workers will be able to apply for a grant of up to £2,500 a month to help them cope with the financial impact of coronavirus.

The money will be paid in a single lump sum, but will not begin to arrive until the start of June at the earliest.

“You have not been forgotten. We are all in it together,” Mr Sunak said.

More than 5 million people in the UK are self-employed, according to officials.

Plans for 80% wage subsidies for staff on the payroll were announced last week.

Mr Sunak said the steps taken so far were “already making a difference” but it was right to go further “in the economic fight against the coronavirus”.

Self-employed people will be able to apply for a grant worth 80% of their average monthly profits over the last three years, up to £2,500 a month.

Mr Sunak said the grants would be available to people across the UK for at least three months, and longer if necessary.

In all, 95% of people who earn most of their income as self-employed would be covered, the Minister said.

On 20 March, the Chancellor of Exchequer announced to set up a Coronavirus Job Retention Scheme.

Any employer in the country – small or large, charitable or non-profit – will be eligible for the scheme, the Chancellor said.

“Government grants will cover 80% of the salary of retained workers up to a total of £2,500 a month – that’s above the median income. That means workers in any part of the UK can retain their job, even if their employer cannot afford to pay them, and be paid at least 80% of their salary,” Mr Sunak said.

The  Scheme will cover the cost of wages backdated to March 1st and will be open initially for at least three months, he added.