7,000 more Britons to return home from India, Pakistan and Bangladesh via chartered flight 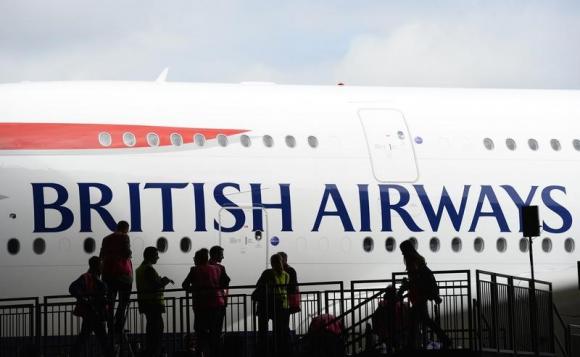 London — As many as 7,000 more Britons will return home from India, Pakistan and Bangladesh as the UK government has announced to operate 31 more charter flights over the next week to repatriate its citizens stranded in the coronavirus lockdown across South Asia. The flights, scheduled between April 20 and 27, include 17 from India, 10 from Pakistan and four from Bangladesh.

The Foreign and Commonwealth Office (FCO) said that 7,000 more people will be able to get home from India, Pakistan and Bangladesh, after 31 more charter flights have been announced from the region over the next week. “Our special charter deal with the airlines has enabled us to return thousands more. Now, I can announce the next 31 flights from India, Pakistan and Bangladesh which will get 7,000 more Brits safely back home,” said UK Foreign Secretary Dominic Raab.

“We are working around the clock to get British travellers home. Since the outbreak of coronavirus in Wuhan, we’ve helped more than a million British citizens return home on commercial flights – backed up by our work with the airlines and foreign governments to keep flights running,” he said. The FCO said it had worked closely with South Asian governments to keep commercial flight routes running and airports open. It has already chartered 24 flights from the region, mostly from India, to help vulnerable British nationals return home in previous weeks, Devdiscourse writes .

The UK government has added on flights from Pakistan and Bangladesh to a total 38 flights scheduled from India to repatriate thousands of British travellers stranded in the region. The government said its latest set of repatriation flights will mean that it has facilitated the return of more than 10,000 British travellers on 55 flights from the region since the coronavirus crisis began.

Around 5,000 British nationals will have returned to the UK from India between 8-19 April on 21 UK charter flights from 11 Indian cities. The 17 extra flights from Indiaannounced on Friday will be able to carry around 4,000 passengers, and bring the total number chartered by the UK government from India to 38. The flights from Pakistan will bring around 2,500 people back to Britain. More than 8,000 British nationals returned to the UK between April 4-16, via 23 commercial flights, following extensive cooperation between the UK and Pakistan, the FCO said.

The four flights from Bangladesh will have the capacity to bring home up to 850 passengers. Three charter flights from Nepal have also returned more than 700 passengers to the UK. The FCO said it is working with the airline industry and host governments across the world to help bring back British travellers to the UK as part of the plan announced by Raab last month, with up to 75 million pounds available for special charter flights from priority countries, focused on helping the most vulnerable travellers.

India, Pakistan, Bangladesh and other countries in South Asia are under lockdown imposed by the governments to stem the spread of the coronavirus. The novel virus which originated from China in december last year has killed over 160,000 and infected more than 2.3 million people worldwide.