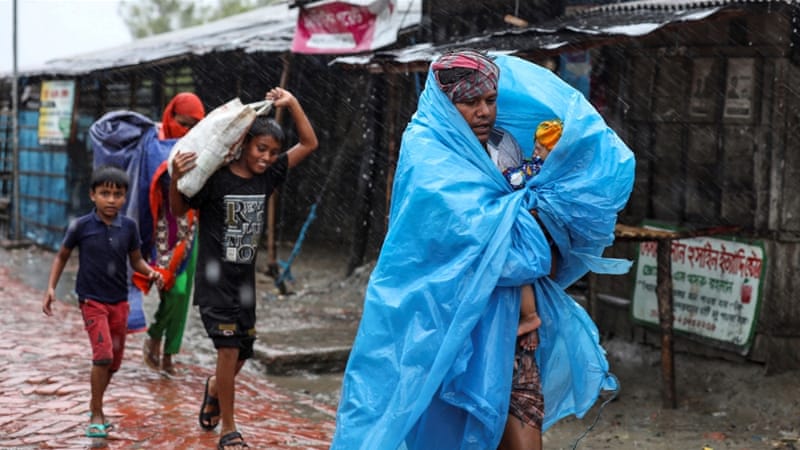 London — The populous Indian state of West Bengal took the brunt of Cyclone Amphan, which barrelled out of the Bay of Bengal with gusting winds of up to 185 km per hour (115 mph) and a storm surge of around five metres.

West Bengal Chief Minister Mamata Banerjee said at least 10 people had died in the state, and two districts been completely battered by one of the strongest storms to hit the region in several years, France24 writes.

“Area after area has been devastated. Communications are disrupted,” Banerjee said, adding that although 500,000 people had been evacuated, state authorities had not entirely anticipated the ferocity of the storm.

With rains continuing, she said the hardest hits areas were not immediately accessible. Federal authorities said they could only make a proper assessment of the destruction on Thursday morning.

“We are facing greater damage and devastation than the Covid-19,” Banerjee said, referring to the disease caused by the novel coronavirus, which has so far killed 250 people in the state.

In neighbouring Bangladesh, at least four people were killed, officials said, with power supplies cut off in some districts.

Authorities there had shifted around 2.4 million people to more than 15,000 storm shelters this week.

But officials said they feared that standing crops could be damaged and large tracts of fertile land in the densely-populated country washed away.

“Fortunately, the harvesting of the rice crop has almost been completed. Still it could leave a trail of destruction,” said Mizanur Rahman Khan, a senior official in the Bangladesh agriculture ministry.

“We could avoid casualties as people were moved to cyclone centres earlier,” Karim said.

Embankments were also breached in West Bengal’s Sundarban delta, where weather authorities had said the surge whipped up by the cyclone could inundate up to 15 km inland.

The ecologically-fragile region straddling the Indian-Bangladesh border is best known for thick mangrove forests that are a critical tiger habitat, and is home to around 4 million people in India.

Anamitra Anurag Danda, a senior fellow at the Observer Research Foundation think-tank who has extensively studied the Sundarbans, said that embankments across the area may have been breached.

“The cyclone surge coincided with the new moon high tides. It is devastation in the coastal belt,” he told REUTERS.

Bangladesh’s low-lying coast, home to 30 million people, and India’s east are regularly battered by cyclones that have claimed the lives of hundreds of thousands of people in recent decades.

The eastern Indian state of Odisha was hit by a super cyclone that left nearly 10,000 dead in 1999, eight years after a typhoon, tornadoes and flooding killed 139,000 in Bangladesh. In 1970 Cyclone Bhola killed half a million.

While the storms’ frequency and intensity have increased – a phenomenon blamed partly on climate change – deaths have fallen thanks to faster evacuations, better technology and more shelters.

But Bangladesh authorities still fear that Amphan will be the most powerful storm front since Cyclone Sidr devastated the country in 2007, killing about 3,500 people and causing billions of dollars in damage.

Although outside the predicted direct path of the storm, there are fears for the safety of almost a million Rohingya refugees from Myanmar in southeastern Bangladesh – most living in vast camps and housed in flimsy and makeshift shacks.

The first coronavirus cases were reported there last week, and by Tuesday there were six confirmed infections.

The UN said emergency items such as food, tarpaulins and water purification tablets had been stockpiled, while authorities said the refugees would be moved to sturdier buildings like schools.

“Heavy rains, flooding (and) the destruction of homes and farmland, will increase the likelihood of the virus spreading, particularly in densely populated areas like the refugee camps in Cox’s Bazar,” ActionAid said.

“It will also undoubtedly increase the number of lives and livelihoods already lost to this pandemic.”