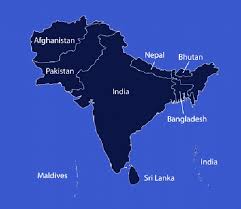 Dhaka — The South Asian countries, including Bangladesh, might lose US$142 billion to $218 billion due to impact of the deadly Coronavirus pandemic on their economies, the Asian Development Bank (ADB) stated, the Financial Express writes.

The global economy could suffer a loss amounting to $5.8-$8.8 trillion, equivalent to 6.4 to 9.7 per cent of the global GDP (gross domestic product) as a result of the pandemic, according to a report of the ADB.

The ADB released the “Updated Assessment of the Potential Economic Impact of COVID-19” from its headquarters in Manila on earlier week.

The report opined that the South Asian countries may lose $142 billion, which is 3.9 per cent of their GDP, if the pandemic lingers for three months.

But if the deadly virus outbreak lingers for six months, the economies will lose $218 billion, which is 6.0 per cent of their GDP.

Out of the losses, China alone could suffer a decline of output between $1.1 trillion and $1.6 trillion under the short to long-term scenario.

The US will lose $1.5 trillion to $2.2 trillion under the short and long contamination scenario of the pandemic.

The European Union and the UK will lose output between $1.7 trillion to $2.6 trillion due to the Coronavirus outbreak impact, according to the forecast.

The ADB claimed that the new analysis is updated on the basis of findings, presented in the Asian Development Outlook (ADO) 2020 and published on April 3, which estimated that COVID-19’s global cost will range from $2.0 trillion to $4.1 trillion.

“It also highlights the important role that policy interventions can play to help mitigate damage to economies. These findings can provide the governments with a relevant policy guide, as they develop and implement measures to contain and suppress the pandemic, and lessen its impacts on their economies and people,” he added.

The ADB report predicted that sustained efforts from the governments focused on ongoing different measures could soften the pandemic’s economic impact by as much as 30 to 40 per cent.

In this case the global economic losses for the Coronavirus outbreak could be estimated at lower a range, between $4.1 trillion and $5.4 trillion.

The governments around the world have been quick in responding to the pandemic impacts, implementing measures, such as – fiscal and monetary easing, increased health spending, and direct support, to cover losses in incomes and revenues, the ADB noted.

It also said under the short and long containment scenarios, border closures, travel restrictions, and lockdowns that the outbreak-affected economies implemented to arrest the spread of COVID-19 will likely cut global trade by $1.7 trillion to $2.6 trillion.

Global employment decline will be between 158 million and 242 million jobs, with Asia and the Pacific comprising 70 per cent of total employment losses.

The ADB suggested that apart from increasing health spending and strengthening health systems, strong income and employment protection are essential to avoid a more difficult and prolonged economic recovery.

The governments should manage supply chain disruptions; support and deepen e-commerce and logistics for delivery of goods and services; and fund temporary social protection measures, unemployment subsidies, and distribution of essential commodities – particularly food – to prevent sharper falls in consumption, the lender added.