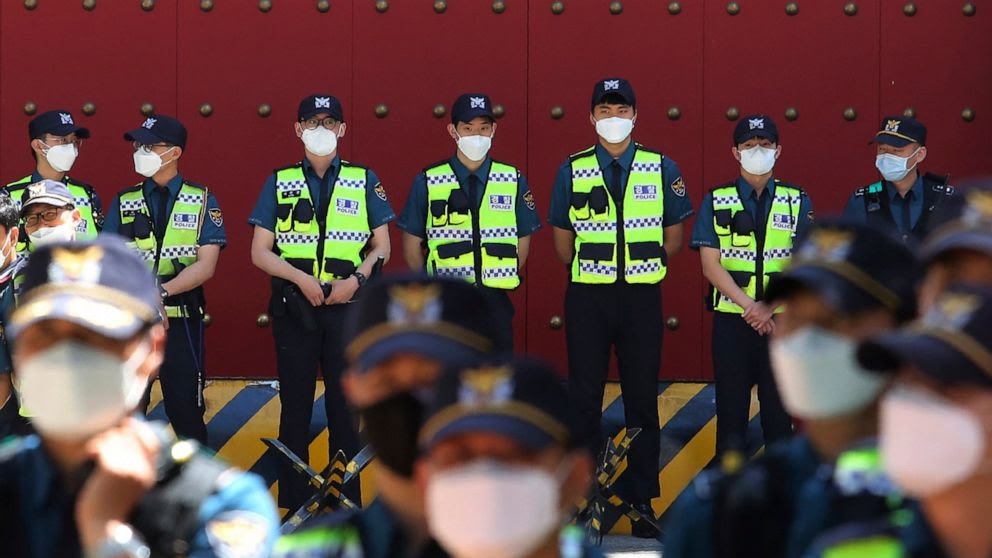 AP, BANGKOK — Areas around the South Korean capital moved to curb large gatherings Tuesday and officials urged churchgoers and some health care workers to avoid crowds as the number of new coronavirus once again increased.

The densely populated Seoul metropolitan area was home to all but one of the 38 new cases of COVID-19 reported by the Korea Centers for Disease Control and Prevention.

Incheon, a port city west of Seoul, banned gatherings at some 4,200 churches and other religious facilities. Gyeonggi province, which surrounds the capital, issued an administrative order to shut down warehouses, funeral homes and wedding halls.

Health Minister Park Neunghoo pleaded with churchgoers and employees of hospitals and nursing homes to avoid unnecessary gatherings to reduce infection risks for senior citizens and others who are medically vulnerable.

He also called for school officials to double-check their preventive measures as the country proceeds with a phased reopening of schools. Nearly 1.8 million children — high school freshmen, middle-school juniors and third – and fourth-grade elementary school students — are expected to return to school on Wednesday.

In other developments in the Asia-Pacific region:

— SINGAPORE STARTS REOPENING: Businesses in Singapore began reopening Tuesday, as part of a phased end to its virus lockdown. Finance, electronics manufacturing and logistics are among sectors that resumed operations after a two-month closure with strict safety requirements. Schools will also reopen in stages this month. The loosening does not apply to most retail shops, personal services, dining in at restaurants and social gatherings. The government says it will only lift further restrictions if infections remain low. Prime Minister Lee Hsien Loong warned Monday that dealing with COVID-19 will be “a marathon, not a sprint” and that things may not return to normal even after a vaccine has been found.

— CHINA SEES SMALL CLIMB: China reported five new cases of the coronavirus on Tuesday, all brought by Chinese citizens from outside the country. China reopened more schools this week and much of the economy is back on a regular footing, albeit with social distancing and other measures in place. On Monday, China’s Foreign Ministry again defended the country’s handling of the outbreak against charges of incompetence from the Trump administration. The virus was first detected in China late last year.

— US MARINES ARRIVE: The first group of 200 U.S. Marines have arrived in tropical northern Australia for their annual rotation despite pandemic border closures. Defense Minister Linda Reynolds said Tuesday that the Americans were tested for COVID-19 on arrival in Darwin and will be quarantined in military facilities for the next 14 days. The ninth annual rotation was delayed this year by two months due to the pandemic. The Northern Territory was declared coronavirus free almost two weeks ago, but its borders remain closed to non-essential travel.