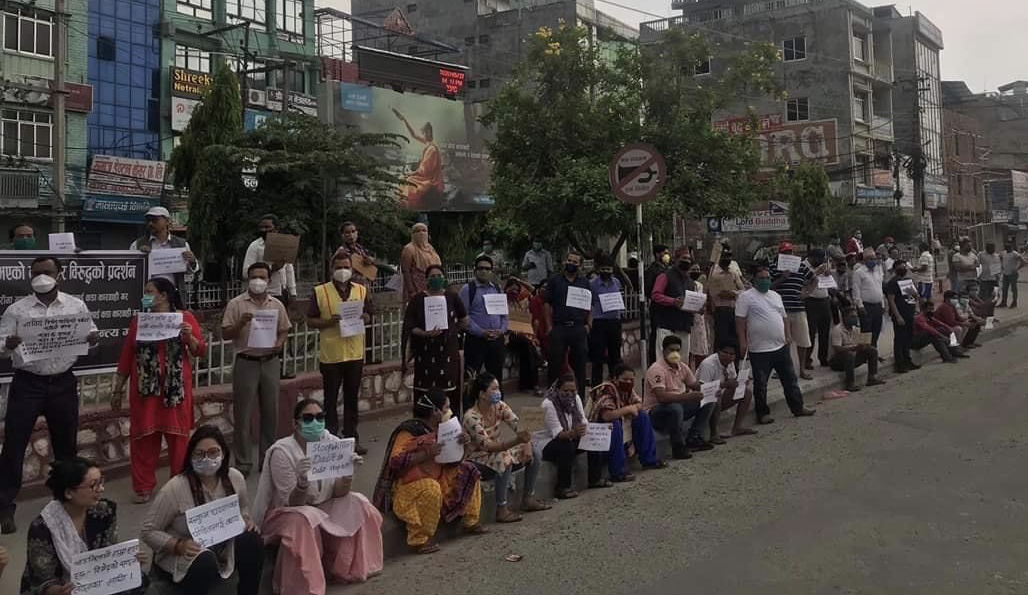 London – The Human Rights Watch—an international human rights group—has called upon the government of Nepal to ensure justice for caste-based killings in the country.

In a statement, the New York-based agency said two recent incidents in which six people were killed show the Nepali government has systematically failed to confront entrenched caste – or descent – based discrimination against Dalits. The government should ensure prompt and rigorous investigations by the police, free from political interference, it said.

On May 23, 2020, the body of a 12-year-old Dalit girl, Angira Pasi, was found hanging from a tree, a day after community leaders in Rupandehi district ordered a 25-year-old man of a different caste who had raped her to marry her as his “punishment.” On the same day, six men were killed in Rukum West district, after a young Dalit man arrived to marry his girlfriend from another caste. Media reports said that both incidents involved allegations against elected local government representatives.

“Nepal has laws against caste-based crimes but they are rarely applied, and often the police refuse to even register cases – such as rape – when the victim is a Dalit,” said Meenakshi Ganguly, South Asia director of the Human Rights Watch. “The alleged role of local politicians in these cases can lead to obstruction of justice, which means that an independent investigation is essential.”

The main opposition Nepali Congress party has demanded that an all-party parliamentary committee led by a Dalit MP be formed to probe into the Rukum West incident. The ruling Nepal Communist Party (NCP)-led government is yet to respond to such demands.

Nepal Monitor, a Nepali human rights organisation, has recorded 27 incidents of caste-based discrimination or violence this year, although Dalit activists say that the vast majority of cases go unreported, and very few result in official action. Nepal’s 2015 constitution established a National Dalit Commission to promote the rights of the Dalit – previously so-called untouchable – community, but the government has not appointed any commissioners.

In the case of Pasi, who was allegedly raped and murdered, the police reportedly refused to register the case at first, claiming that the child had taken her own life.

The killings in Rukum occurred after a group of young men accompanied Nabaraj Bishwokarma to the village of Soti, the home of the young woman he hoped to marry. Villagers allegedly chased and beat the young men, then threw some of them in the Bheri river. Four of the six who were killed, including Bishwokarma, were Dalits.

The United Nations High Commissioner for Human Rights, Michelle Bachelet, has called for an independent investigation into both the Rupandehi and Rukum cases. “Despite constitutional guarantees, impunity for caste-based discrimination and violence remains high in Nepal,” she said. She noted that the Covid-19 pandemic has made Dalits more vulnerable, and that since the start of Nepal’s lockdown in March there have been reports of rape, assault, denial of funeral rites, and discrimination at quarantine sites.

“The Nepali government frequently cites ‘preserving communal harmony’ as a justification for assuming draconian new powers, but it doesn’t use the laws it already has to address caste discrimination,” Ganguly said. “These horrific crimes continue because the government has failed for too long to protect its most vulnerable citizens.”