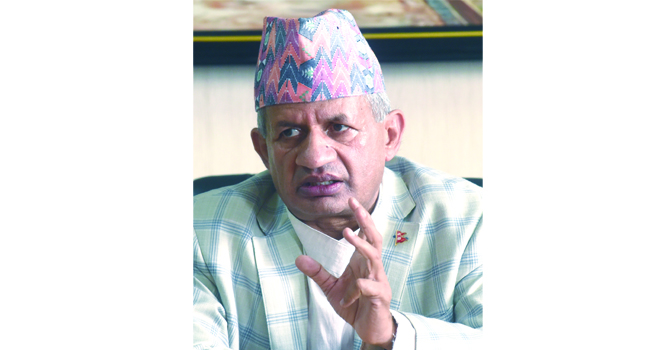 Kathmandu — Minister for Foreign Affairs Pradeep Kumar Gyawali said on Friday that Nepal was waiting for the response of India on the two diplomatic notes sent by Nepal on border issue.
Nepal had sent a diplomatic note to the Indian government on November last year when the latter published a map including Nepal’s land – Kalapani region, including Limpiyadhura and Lipulek in its territory, The national daily Rising Nepal writes.

The second note was handed over to Indian Ambassador to Nepal Vinay Mohan Kwatra in May this year expressing Nepal’s position on boundary issues especially in the Kalapani area when the southern neighbour constructed a road connecting the strategic Lipulek pass at the Nepal-China border through Nepal’s territory.
But India has not responded to these notes while Nepal awaits it desperately.

“Nepal always wants to resolve the problems with India through dialogue. Leaders of both the countries have a historical liability to fulfil,” Gyawali said in an interview with this daily on Friday.
The country has published a fresh updated map, including the Kalapani region in its territory and amended the Constitution to include the new map in the Coat of Arms.
He expressed confidence on the discussion and dialogue based on trust between the two neighbours.
According to him, fruitful discussions could not be held in the past despite the initiation of some processes and mechanisms.
He reiterated that the major references of the basis of Nepal’s territorial claim were the Sugauli Treaty of
1816, Naya Muluk Treaty of 1860 and supplementary treaty of 1875.
FM Gyawali also said that Nepal was open to talks of any level.
The two countries had established a bilateral mechanism in 2014 but it has failed to meet for a single time so far.