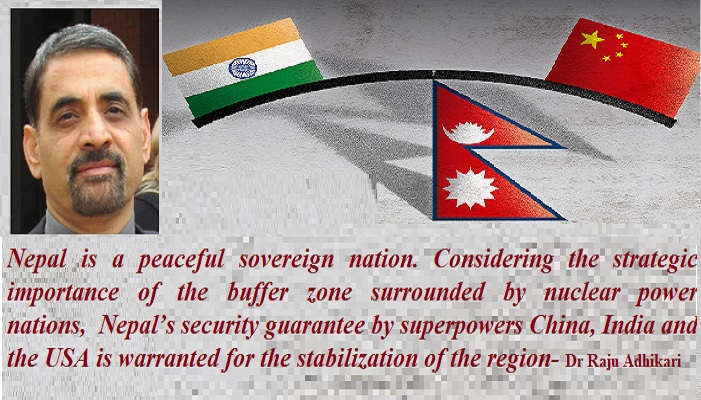 India and Nepal are busy rewriting the history at a pace which both countries would have never imagined a few months ago. Both countries had called their relationship unique and historical which would resist any untoward internal and external pressures.

The ancient cultural and spiritual relationship with India had been there before the signing of the 1815 Sugauli treaty with the British. Nepal as a landlocked country acts as a buffer zone between India and China and considered it a strategic advantage. However, rapid changing bilateral, regional, and global political equations and deteriorating global economic and political uncertainties in the last decades have made Nepal’s strategic position prone to vulnerability.

There are many substantiated and unsubstantiated hypotheses and theories on Nepal’s deteriorating relationship with India and is attributed to missed opportunities, lack of leadership, diplomacy, politicized foreign policy, dishonesty, big brother syndrome etc., which led to the current status-quo. Nepal Government’s recent constitutional amendment to territorial reclaims over approximately 400 sq km has brought the relationship to a stalemate. The danger is the relationship with India is not only frozen and fractured but it may have reached a point of no return and polarizing both nations at the people-to-people level and at the most difficult times amidst COVID crises.

Recently China’s ‘Big Brother Syndrome’ and ‘One Belt One Road’ initiative with growing dominance, USA interest in the region through Millennium Corporation Challenge Grant and India-China border disputes have further caused a complication in bilateral relationship. Nepal’s foreign policy is now the spotlight of global interest and its ramification is risky.

Sandwiched between the interests of China, India, and USA. Nepal needs to play diplomacy at its best to serve her long-term interest in keeping big brothers at ease.  Even Australian Prime Minister highlighted the imminent danger in Asia region and increased the defense budget ($ 38.7 billion) by an additional $ 270 billion dollars over the next 10 years.

Changes in political system, prime ministers and constitutions in every few years in Nepal have led to polarizations unpredictability, instability and divisionism’s of politics and leaders in successive power had failed to rise to foresee and grasp the nerves of changing regional, global and national dynamics and steer the country to a strong footing on socio-economic prosperity. Further COVID pandemic crises are new to Nepal experience and existing poor infrastructure, health policies, resources, open border, and proximity are bringing additional unforeseen political and economic crises.

Governments and leaders are to be blamed for the mess that the country is in today. The dependency syndrome, political maneuvering for power, dishonesty, and corruption have made Nepal a breeding ground for generating parties and leaders but not a statesman and become a playground for others.  At a time when the country is facing unprecedented crises on every front, political parties are busy parleying internal politics.

Leaders need to rise above party politics and be honest and truthful to the nation and not blame solely others for the state-quo. Nepal’s foreign policy focus to make Nepal a zone of peace for regional stability in the South Asia region has become the victim of regional politics. Nepal needs to convince by action that she is not India or china pro and uses neighbor as proxies to serve her interest. This is a risky game because it raises alarm bells in Delhi and China, especially when both countries are on loggerheads.

A democratic and peaceful Nepal is of an ultimate interest to India for greater stability and inclusiveness. Eminent Persons Group (EPG) report in 2016 mandated by both the governments to review the bilateral relations, open border issues, and Peace and Friendship Treaty of 1950 could be a starting point to break the current stalemate. Nepal and India need to keep their relationship warm and stable if not special. Trust and direct communication and thinking out of the box to find a practical solution is the way forward.

Nepal is a peaceful sovereign nation. Considering the strategic importance of the buffer zone surrounded by nuclear power nations,  Nepal’s security guarantee by superpowers China, India and the USA is warranted for the stabilization of the region.

( Dr Adhikari is a Scientist based in Melbourne, Australia )