If health equals happiness, will coronavirus make the world an unhappier place? 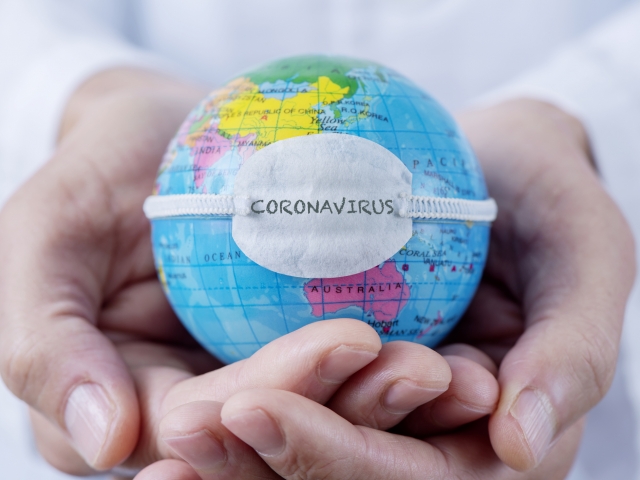 More and more politicians are starting to recognise that happiness rather than wealth might be a better way to measure their countries’ success. But with coronavirus causing significant disruption to people’s lives worldwide, what can we expect to happen to global happiness in the wake of the pandemic?

To answer that question, we need to understand what factors influence happiness, and what impact the coronavirus is likely to have on these. Happiness can be influenced by a number of things, but research suggests health is the most important. States with populations enjoying high levels of mental and physical health have significantly higher levels of collective happiness than those with poorer health outcomes.

On top of that, other factors that influence happiness also tend to influence health, underlining the idea that health and happiness go together. And this suggests that the pandemic is likely to have a significant effect on happiness around the world.

The above graph illustrates the positive relationship between happiness and health. Using data from 133 countries taken from the World Happiness Report 2020, the graph shows that countries where people that rate their quality of life more highly out of ten are more likely to have higher average lifespans (longevity).

Other factors that influence happiness are also covered in the World Happiness Report. These include wealth (GDP per capita), perceptions of social support, freedom to make life choices, degree of democracy, extent of income inequality across a country’s population, and quality of the environment. Of these, some have a significant effect on happiness. Those that do have the relative strength of their effects shown in the graph below.

But even when we control for these other factors, the relationship between health and happiness holds up. Average self-rated happiness climbs steadily from 4.5 to 6.3 as longevity increases from 40 to 80 years – an increase of about 40%. Healthy states are happy states.

So how will COVID-19 affect happiness?

The data for the most recent World Happiness Report was gathered before the onset of the COVID-19 crisis, so at the moment we can only guess the consequences of the crisis on happiness around the world.

But knowing that all of the above factors play a role, it seems likely that happiness will fall as a result of the pandemic. Reductions in GDP, a reduced sense of social support prompted by enforced isolation, and restrictions on freedom of choice can all be expected to have significant negative effects.

Importantly, these factors will also have an additional indirect effect on happiness by negatively affecting health, too.

The final graph (above) shows that health (summarised as longevity) is significantly influenced by the state of the economy, the extent of economic inequality, feelings of being free to make life choices, and environmental wellbeing. And with the exception of the latter, it’s already evident these factors have been negatively affected by government efforts to combat the coronavirus.

And of course, on top of this there’s evidence that the pandemic is worsening people’s health directly. The virus has had devastating effects on the physical health of many of those infected.

In addition, surveys and other evidence suggest that control measures and the economic fallout of the pandemic are causing rising levels of anxiety and depression, substance abuse and domestic violence. Finally, the virus also threatens people’s health by forcing them to defer treatment of cancers, diabetes, heart disease and other serious diseases.

The negative knock-on effects on happiness may be especially severe in western democracies and other relatively wealthy countries that typically score highly on happiness and health measures. Many of them have been hard hit by the pandemic, as shown by the sizeable positive correlations between countries’ fatality rates and levels of health and happiness. The pandemic’s strong presence in many developed countries and their efforts to fight it will do much to lower the sum of happiness around the world.

Overall, global reductions in health and happiness caused by COVID-19 (and measures taken to combat it) are very likely. Recognising the economic and social consequences of their attempts to combat the virus, a number of governments are relaxing stay-at-home rules and other social distancing measures.

The consequences are unknown, and new flare-ups in COVID-19 cases and fatalities have been reported. In response, some people are placing their hopes on the development of an effective vaccine, but the outcome of this effort is highly uncertain. For the foreseeable future, global happiness is in serious jeopardy.