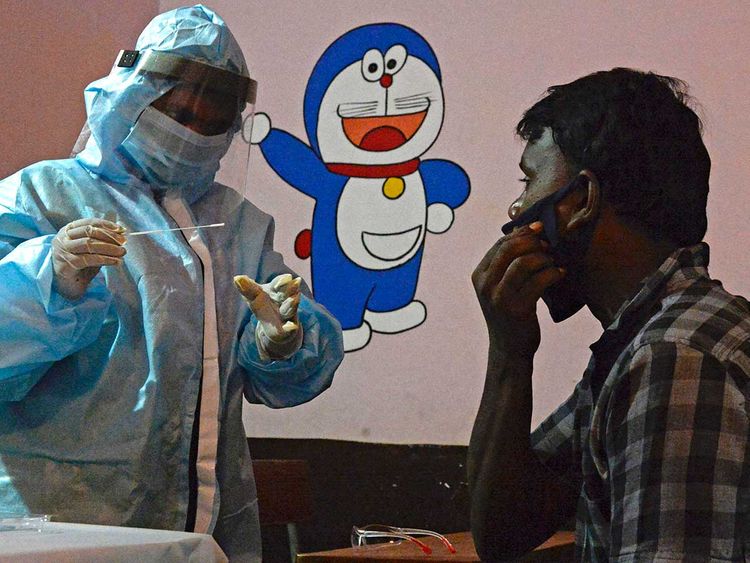 The total coronavirus caseload in the country surged to 906,752 and the death toll mounted to 23,727 with 553 people succumbing to the disease in 24 hours, the data updated at 8am on Tuesday showed.

Of the total instances of the infection, the number of recoveries stood at 571,459, leaving 311,565 cases active. The total number of confirmed cases include foreigners. “Thus, around 63.02 per cent of patients have recovered so far,” an official said.

The march of coronavirus infection in the country has picked up pace with the number of cases increasing by more than 26,000 for the fifth consecutive day. It took 110 days for the COVID-19 cases in the country to reach 100,000 and just 56 days more to go past the 900,000 mark.

Telangana has reported nine fatalities followed by Jammu and Kashmir eight, Haryana seven, Odisha six, Punjab five, Jharkhand and Goa three each, Kerala and Uttarakhand two each, while Assam and Dadra and Nagar Haveli and Daman and Diu have recorded one death each.