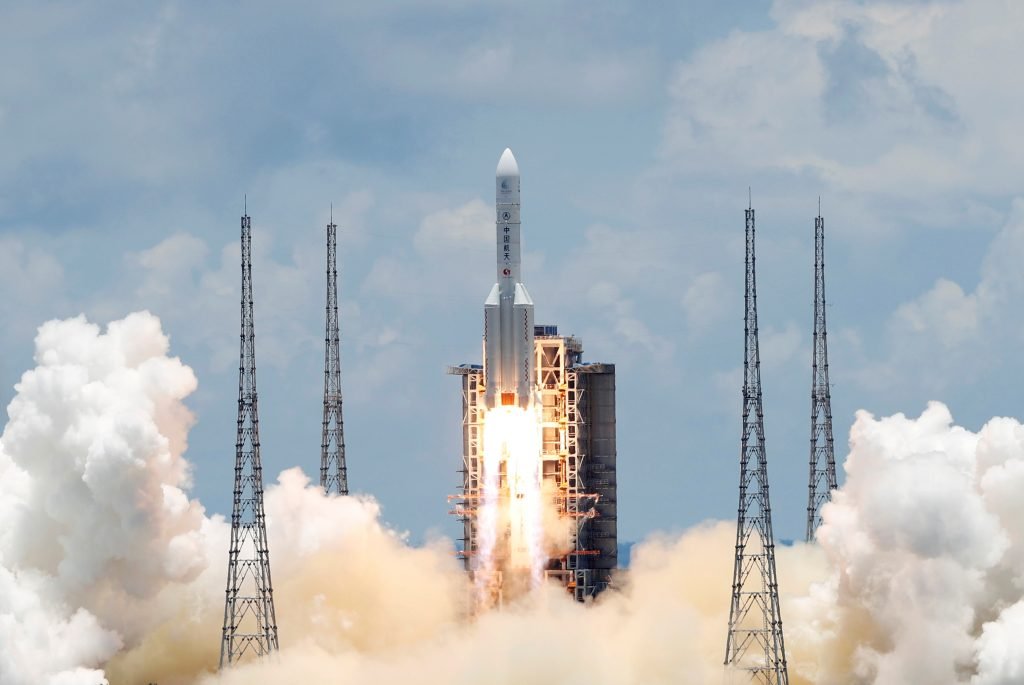 An unmanned spacecraft — Tianwen-1 — blasted off today on a yearlong journey to Mars.

It lifted off from the Wenchang Spacecraft Launch site on China’s southern Hainan Island aboard a Long March 5 rocket as hundreds of cheering fans gathered on beaches across the bay to witness the event, a VOA report said.

The Tianwen-1, which translates into “Heavenly Questions” or “Questions to Heaven,” is expected to reach the Red Planet by February, it said.

Once it enters orbit, a landing probe will detach and land on the planet’s Utopia Planitia region, where it will release a small solar-powered rover that will explore the surface for at least three months, according to the report.

The landing would make China the second nation to place a spacecraft on the Martian surface.

The United States has already landed eight probes since 1976.

This mission is the most ambitious undertaking of China’s rapidly evolving space program.