Gai Jatra : “The festival of cow” is being celebrated in Nepal – South Asia Time

Gai Jatra : “The festival of cow” is being celebrated in Nepal 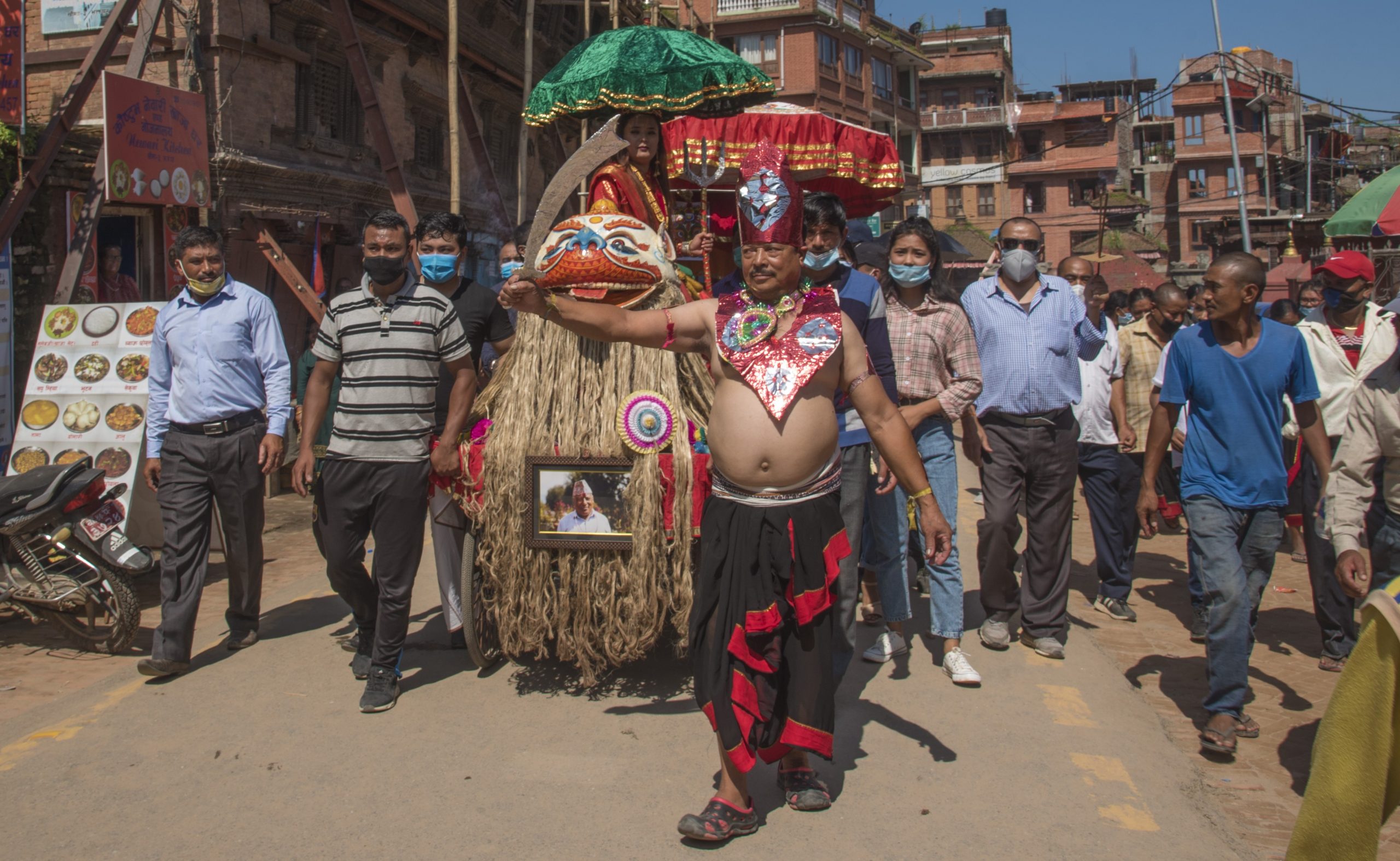 Kathmandu — Gaijatra or the ‘cow festival’ is being observed in the three cities of the Kathamndu Valley and other places today.

The festival is celebrated by the Newar community in Kathmandu, Patan, Kritipur, Bhaktapur and other areas.

It begins on the first day of the waxing moon in the month of Saun and Bhadra as per the lunar calendar and lasts for a week. Nepalese singing, dancing, and laughing together on the streets on the outskirts of the Kathmandu region, the Gai Jatra is said to be one of the unique festivals of the world.

During this time-honored tradition, people of all ages in the guise of cows and lunatics go around the city, wearing odd customs to commemorate those who died during the past year.

The bereaved families offer fruits, bread, beaten rice, curd and money to those participating in the procession.

What is the Gai Jatra Festival?

“Gai” means cow and “Jatra” procession. The Gai Jatra festival, the procession of cows, generally falls in the month of Bhadra, which corresponds to the month of August / September in the Gregorian calendar. The festival of cows is one of the most popular festivals in Nepal.

It is said that people in ancient times started worshipping Yamaraj, “the god of death” on this day. The modern form of Gai Jatra came into existence in the medieval period of Nepal, during the reign of Malla Kings. Today’s celebration of Gai Jatra with its humorous acts, parody and comedy, was started by the King of Kathmandu, Pratap Malla.

Traditionally, every family that had a family death in the past year must attend the procession on the streets of Kathmandu with a cow. If a cow is unavailable, then a young child, dressed as a cow, is considered a fair substitute. This was the beginning of the tradition of having children lead a cow in funny costumes.

This tradition got its start in the 17th century during the Malla dynasty. After the death of her son, the king’s wife was inconsolable. The king offered to reward anyone who was able to make the queen laugh and bring a smile to her face. Many Nepalese people appeared to aid the king, and one began to mock the nobility with such wit that the queen burst into laughter.

From this moment on, this yearly festival became an opportunity for laughter and joy. The weeklong festival includes a procession through the city of Kathmandu for families who lost a relative during the past year.

They bring with them a cow as a symbol for the lost relative, though sometimes kids also dress up as cows. The entire celebration is both happy and solemn. While it’s a time to reflect on lost loved ones, it’s also a time for fun and merriment.

The tradition has been continued in the form of the Gaijatra festival during which people also give vent to pent up feelings towards social and political anomalies, human follies and other contemporary affairs through comic skits, cartoons and the like.

Newspapers and magazines also bring out special humor and satire supplements to mark the occasion.