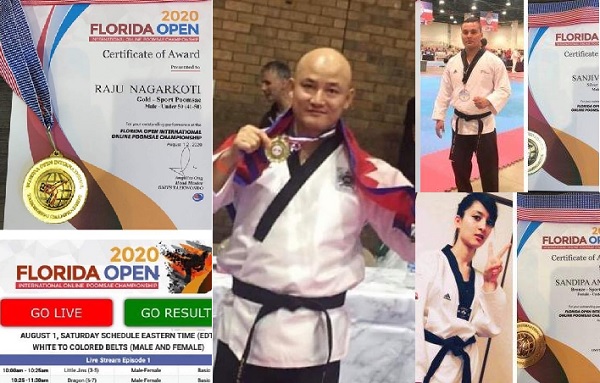 The event was held on 1st and 2nd of August virtually through live streaming worldwide from Florida due to the Corona virus pandemic.

Raju Nagarkoti, who secured Gold in the 41 to 50 age group, is a 5th Dan of Taekwando. Raju, who played representing the Tribhuvan Army earlier, has bagged many international medals.  Raju ousted Pablo Abluja who was contesting from the home country. ( Click here to See Video ) 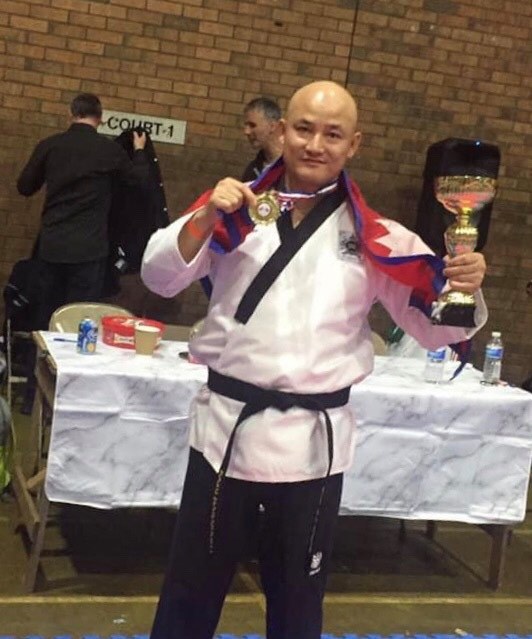 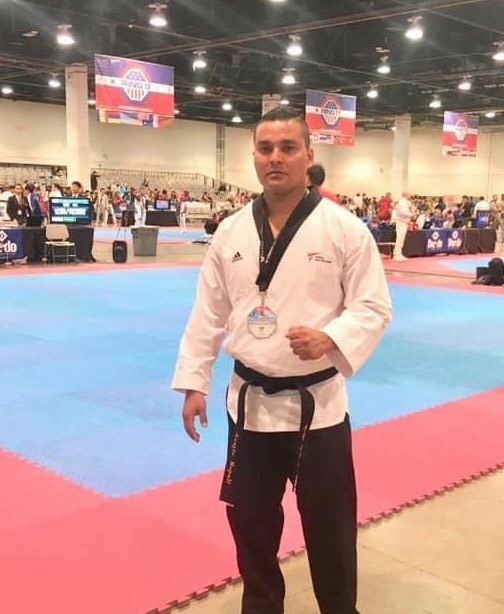 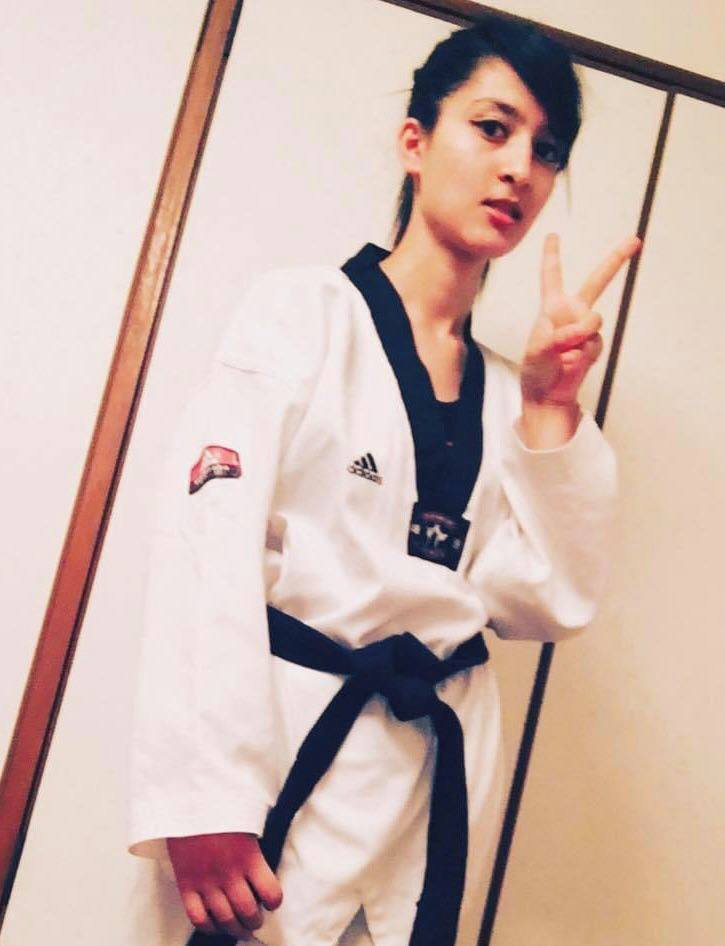 Contestants from countries including Australia, Canada, USA, the Philippines, Malaysia, Singapore, Denmark and Slovakia took part in the event.